The preacher told a story this morning of a man on a road trip, who found an old little motel to stay in for the night. The sound on the television didn’t work, and he wanted to catch up on the news, so he just watched the images on the local news program. In the next room, the television was on an arts and entertainment channel, and a choir was singing I Was Glad When They Said Unto Me, which the adult choir sang just before the sermon. As he saw soldiers and scenes of violence, he could hear “O pray for the peace of Jerusalem.” As he saw seagulls covered in oil, and bomb blasts destroying a city, he heard the lyrics “Peace be within thy walls.” The beautiful music amplified the dissonance he felt as he saw the scenes of violence, and he prayed for the mobs, soldiers, seaguls, and people running from the bombs. The music sparked his hope and revived his connection to Christ.

The scripture reading was Revelation 21:1-7, 22-27,; 22:1-3. He said John knows brutality. He was exiled for his faith. During his isolation he sang spiritual songs, such as, perhaps, “The dwelling place of God is among mortals.” Music let him survive, and kept hope from dying in his heart. This is one reason we come to Montreat. We come to sing and for renewed vision in our hearts. He said we are to let the song, prayer, art, and vision be melded into one great testimony so we can be what it means to be one in Christ. 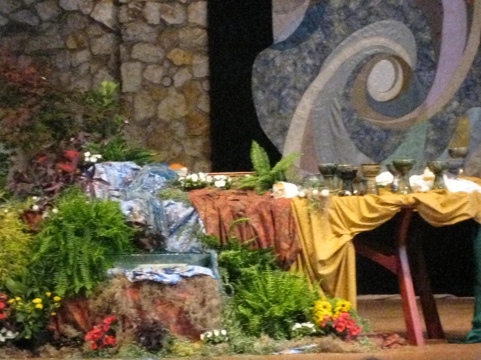 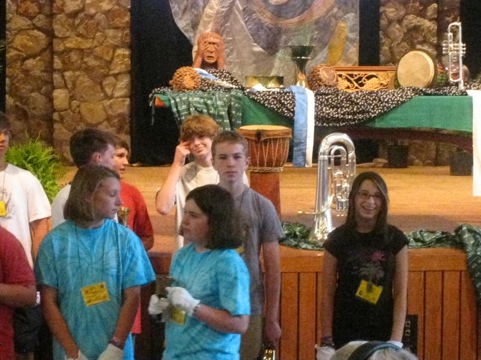 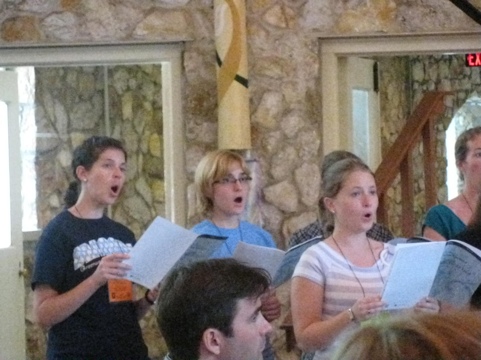