Wednesday night was the Routley Hymn Festival in Anderson Auditorium. There were so many great things about it, it’s hard to know where to start. Before it started, Noah said to me:

Montreat makes me so refreshed! It’s like you feel right when you get out of the pool, like we did this afternoon. I feel refreshed physically and spiritually, and that feeling stays with me for a month or more.

After singing Veni Creator Spiritus, they told The Kite Story, and there were dozens of people on the stage, some dressed in red, some dressed in green, acting out the story. The story goes that in the land of 1,000 colors, the green children and the red children played together. Two of them were best friends, and they all loved living in their diverse land. One day, however, a red man became angry with a green man, and they disliked one another and were supsicious. Soon this spread to their families and their friends, and soon all the red and green adults were fighting with each other, and the children weren’t allowed to play together. After a while they decided to build a very tall wall between the two peoples to keep them divided. The children missed their friends terribly and didn’t understand why the adults were acting this way. One day the red girl missed her green friend so much that she found a way to communicate with her. She made a red and green flag with the word hello on it, and flew it high above the wall. She did this for three days, and on the third day, the green children all few the many flags they made in response, to communicate back to their red friends. When the adults saw this, they agreed the wall needed to come down and everyone should be friends again.

At this point we sang As the Wind Song:

As we sang, all the children (4th – 6th grades) stood up where they were sitting and made their ways to the aisles. They paraded up and down the aisles waiving the colorful flags they made in art this week. Many of us were so transfixed that we couldn’t focus on singing! It was a moving experience, having all of those children share their gifts with us in that way.

Anyone there last night won’t be surprised that this next part made it into the blog. We sang a tune to O Waly Waly called When Hands Reach Out, with different lyrics that we sing at Second:

When fingers spell and signs express our prayer and praise and thankfulness, we thank you God, that hands can sing, You bless the silent songs they bring.

I decided to sign while I sang it, and Harrison, sitting next to me, also signed. I love that boy.

God is here with us, I know it!

We sang some of the new songs that are coming out in (I believe) 2014, and they were enjoyable, but it was good to get back to ones we are more familiar with. I guess that’s human nature.

Before the Hymn Festival started, we were all goofing a little bit (see pics). 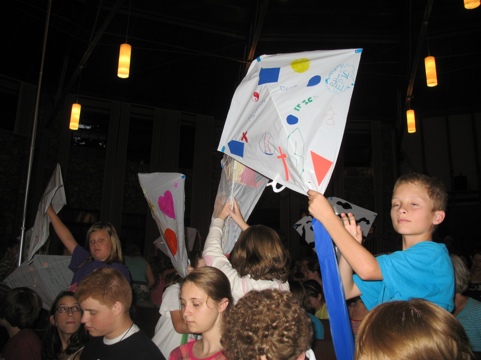 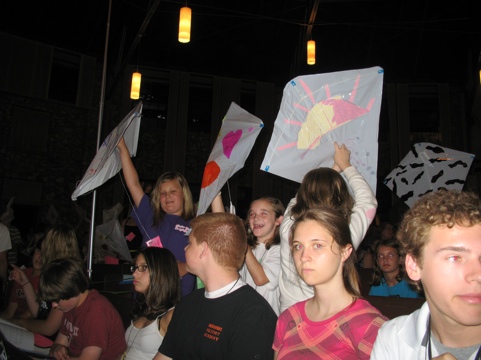 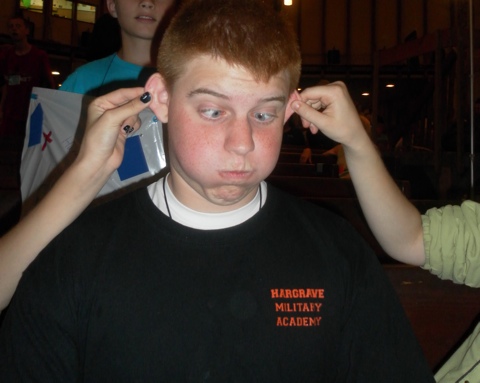 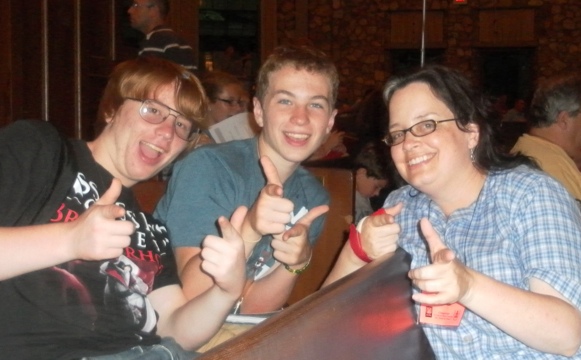