One of the funniest moments to date happened tonight at dinner. Eren didn’t eat much dinner, and when he saw some of the kids getting ice cream, he wanted his ice cream. Mary kept telling him he had to eat more of his sweet potatoes, but he wouldn’t have any of it. Well, she then took his ice cream cone and scooped the sweet potatoes in it to see if he’d eat it that way. The look of shock and indignation on that two-year-old’s face was priceless! He snatched the cone from her and shook it upside down til it all came out, and then continued to grumble at her. We were laughing so hard we were crying! Then she brought him his ‘ice cream’ which is really whipped topping, he snatched it from her hand, held it over his cone, and looked expectantly at it, I guess thinking it just magically comes out. He finally let Mary help him. Hilarious!

The porch meeting was one of introspection. We each talked about something we will take with us from Montreat this year. William started us out with a hilarious “the towels from the room!” but then we got serious.

A few more pictures from this afternoon: 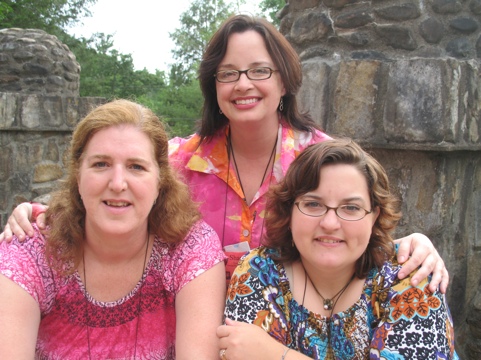 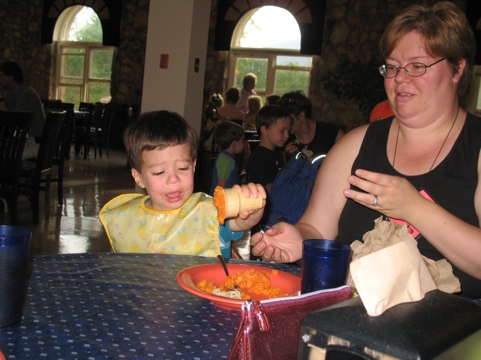 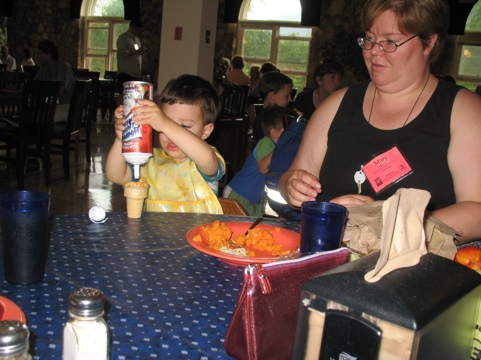 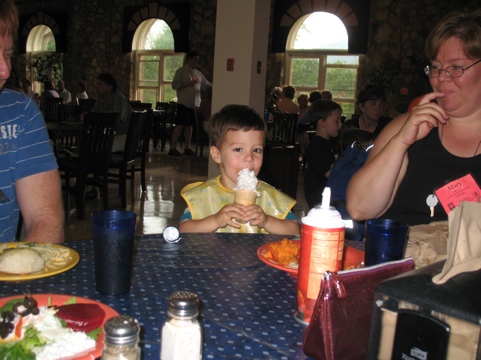 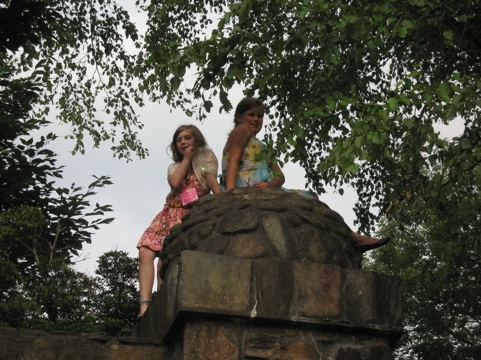 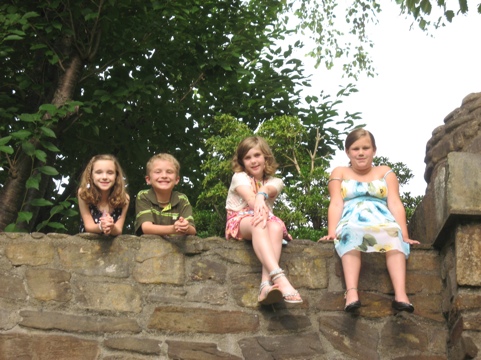 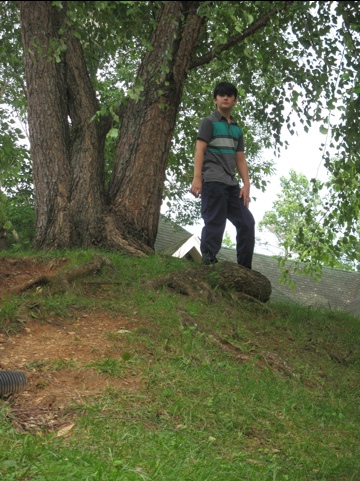 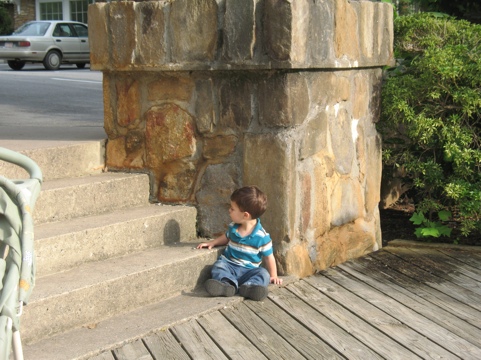 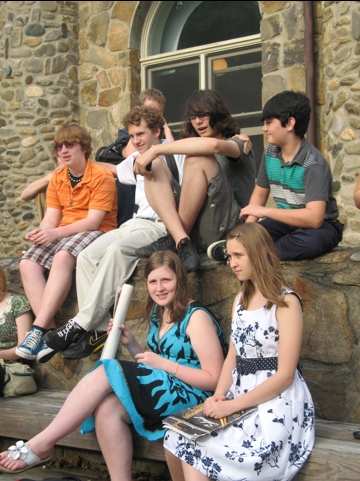 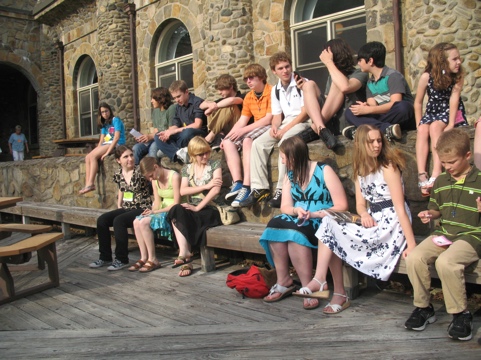 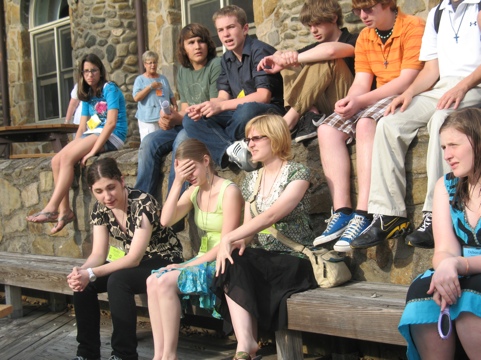 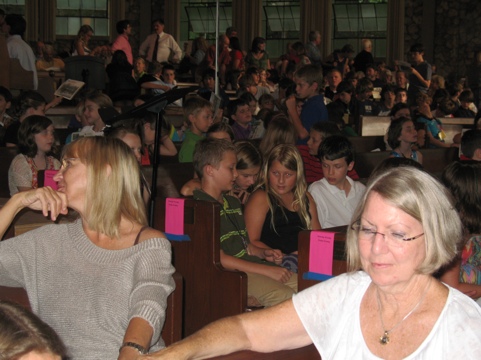