Oh, SPC was well-represented in the service this morning! We had members in the chamber choir sing, some ringing bells, and Tressa played as well. We have such talented kids!

The sermon was particularly good this morning. The overall theme was to dress for what you will become. It’s a perfect correlation to what Mary says all the time: “Fake it til you feel it”! My favorite story was about a church choir director who introduced a new and particularly difficult anthem to the choir to learn. When they first saw it, there was some grumbling amongst them – “This is too difficult!,” “This is too low for me,” “This is too high for me,” and “Why don’t we do this other anthem that is familiar to everyone?” The choir director had them run through it, not worrying about mistakes, just to see where they were with it. There were multiple mistakes, and they truly didn’t want to do this anthem. The director pressed on and found some motifs that repeated throughout the piece, and worked on them until they became more familiar to the group. The next week in rehearsal they went over what they had already worked on the previous week, and some new parts. After a couple of weeks, the choir members started commenting on how lovely the piece is, and that it felt doable to have it ready for the service coming up. On the Sunday where they sang the piece in the service, the preacher gave a remarkably good sermon, and the choir was feeling good. When it was their time to sing, they stood up and sang that piece confidently and more beautifully than they ever imagined they could.

Had they followed their feelings at the beginning, they never would have tried to learn the new piece, and would never have had that experience of mastering it and singing it in the church to the glory of God. We all try on clothes that don’t yet fit. But we have to push past our feelings of “can’t,” “won’t,” “don’t want to,” etc., and dress for what we will become. Fake it til you feel it.

Then the pastor said, “Our prayer is never complete until we sing it.” Then the Chamber Choir (including our own Elizabeth and Shannon, and a young woman named Hannah who is with us from northwest Arkansas) sang, and it was indescribably beautiful.

When the service was over, we sang “Amen!” by John L. Bell, first in unison, and then in 4-part canon, and sang as we departed the sanctuary. I think that’s a tradition we need to adopt at Second!

After classes today, we’re all going back for a brief rest, then dinner, then showers and heading to the Talent Show. 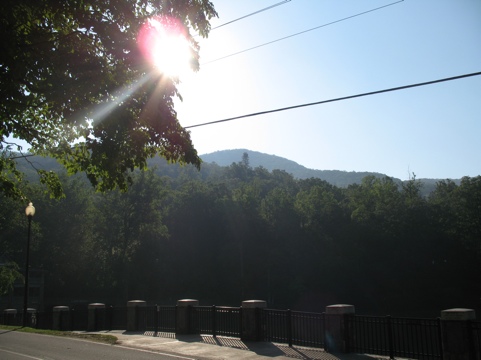 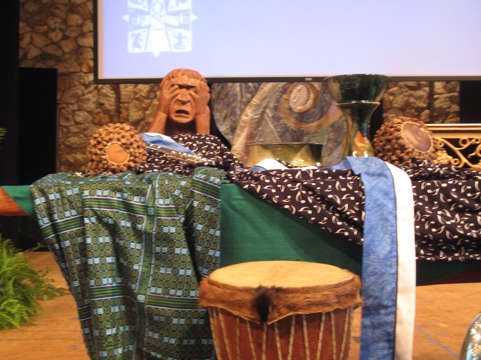 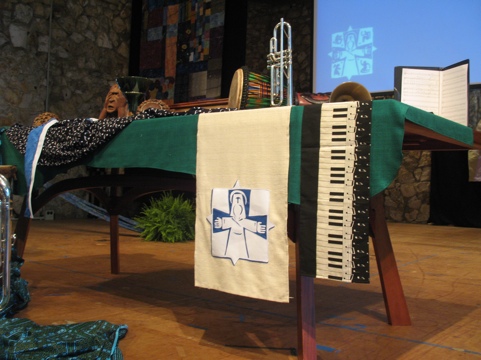