Last night we all went rock hopping and floating watermelons, as you can see from the pictures below. We floated the watermelons in the creek so they’d get good and cold, and ate it after everyone went rock hopping. We had enough to share with others playing in the area. Sarah Jane and I got a little silly. She said the caption to that picture should be “Sarah Jane was practicing…”

Mary told a story about a large-winged creature who was just outside the window, and Marsha captured the picture you see below. I’ll get Mary to tell that story later.

We had chore time this afternoon, and all the kids had chores to do in the house in addition to cleaning up their rooms and bathrooms. I had to share the one picture of the two wiping the floor while watching TV – hilarious!

Everyone is in for the night. It’s late and we’re all tired after a very full day. Tonight was the talent show. Alex did a good job, and appeared to be the youngest one who performed tonight! Later in the program Tressa sang a lovely Mozart piece and was accompanied by Shelby. It was simply gorgeous, and when they finished the entire place lept to their feet with excitement and applause! They all made us so proud. Here’s the video for Tressa and Shelby’s performance and for Alex’s performance. The African group that Elizabeth blogged about yesterday performed tonight. Here’s their video as well.

After the talent show was — what else?! — Huckleberry’s! The kids get so excited about that place. I must say that they have the best Moose Tracks ice cream I’ve ever had.

Here are some more Jonathanisms from choir today (in an English accent, of course):

I got a couple pictures from Anderson Auditorium of the tapestries. The first day they were variations on white, and I didn’t get pictures of them. The green tapestries are gorgeous! The blue fabric coming from the font was from today. The fabric was held on each end by folks at the front of the sanctuary and was waved up and down to look like moving water while we sang. It added so much to the service, which was about water in many ways.

My classes are filling up my brain so fast that I feel like I need to dump some data to make room – like how to drive a stick-shift or the words to all the Schoolhouse Rock songs! My teacher tells the class regularly that feeling overwhelmed just means that you’re learning new things. It’s a good week for learning new things, and for being reminded of what we’ve learned already. This place is awesome. 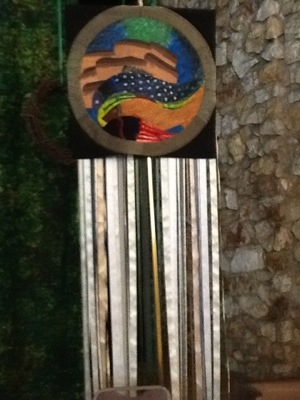 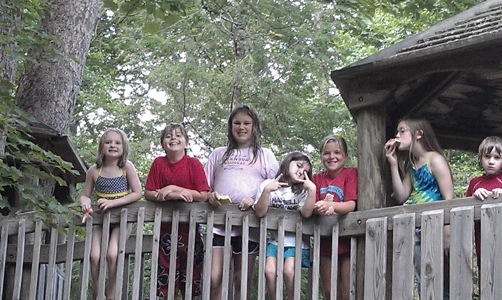 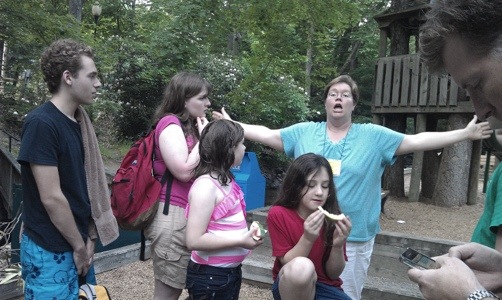 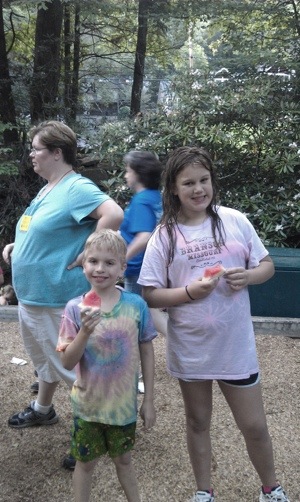 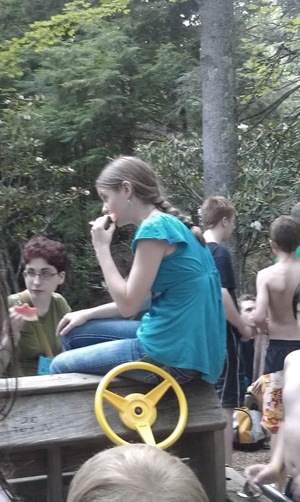 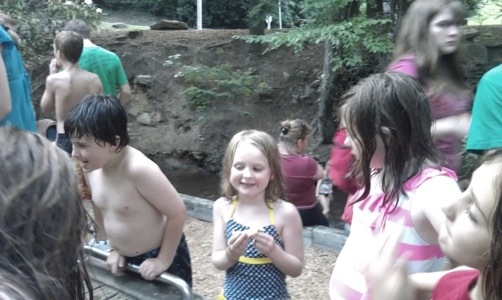 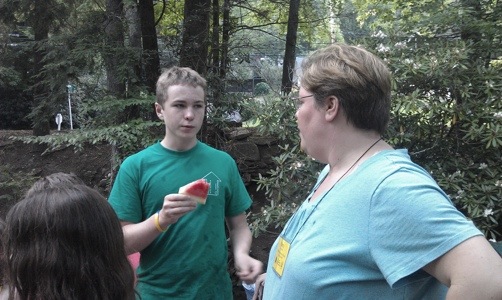 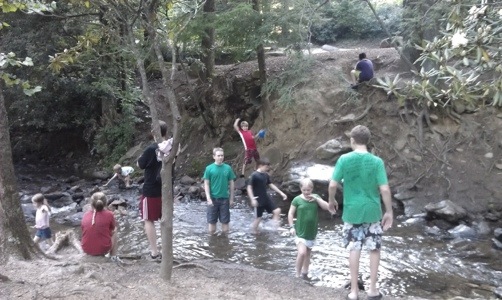 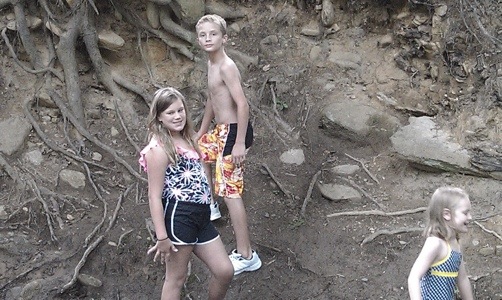 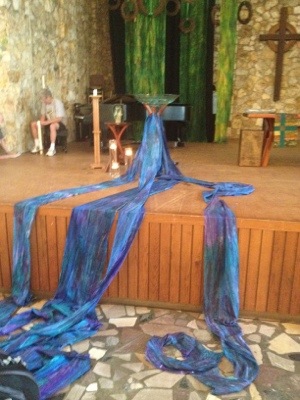 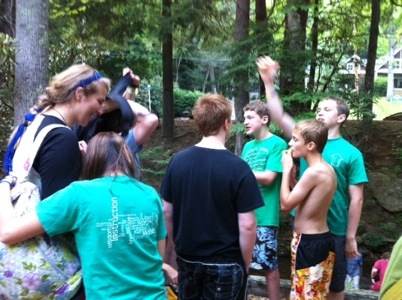 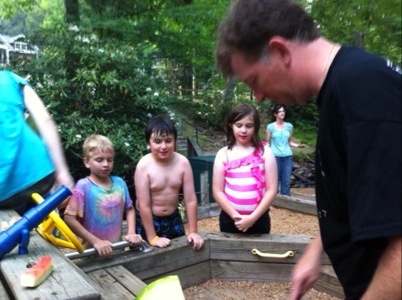 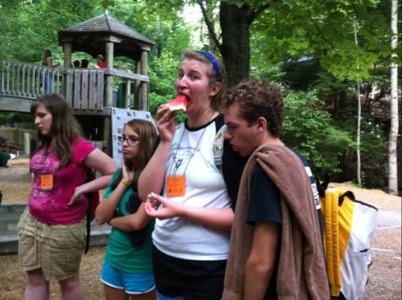 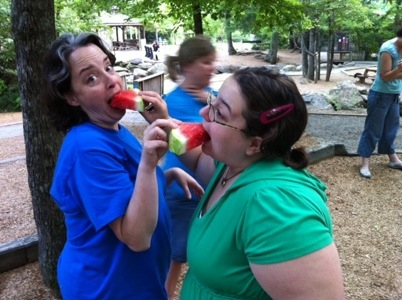 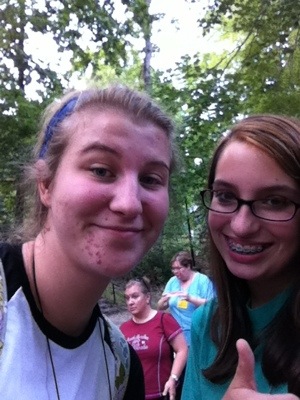 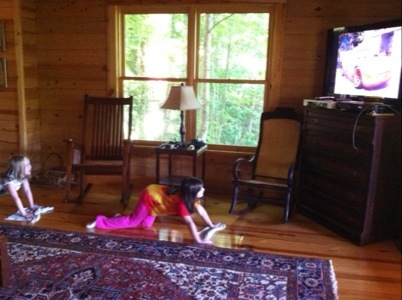 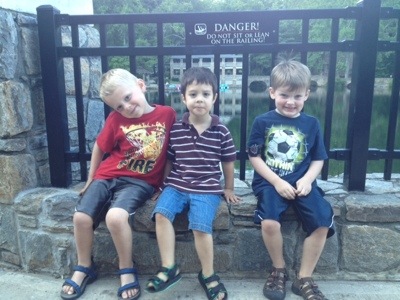 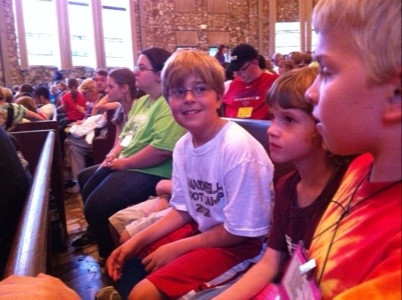 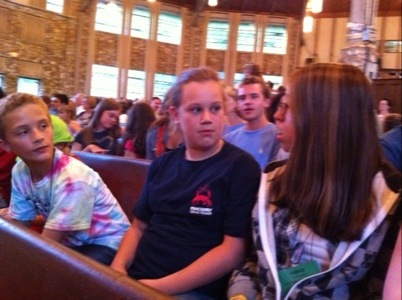 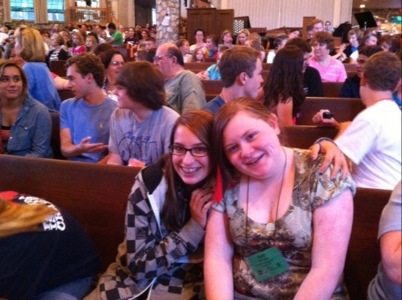 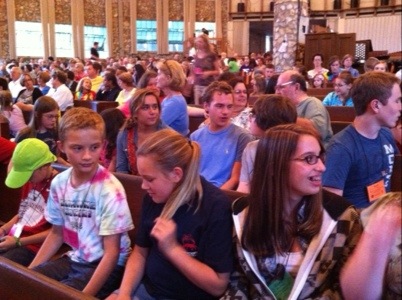 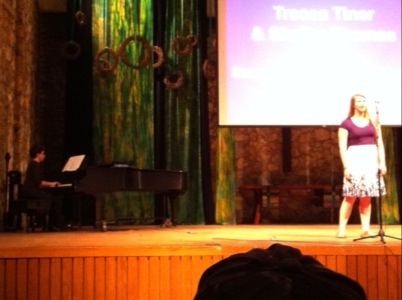 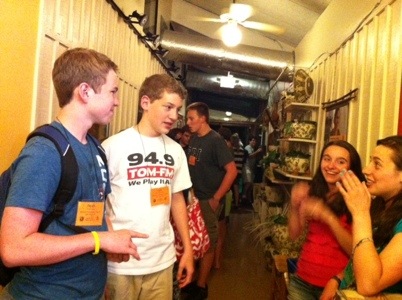 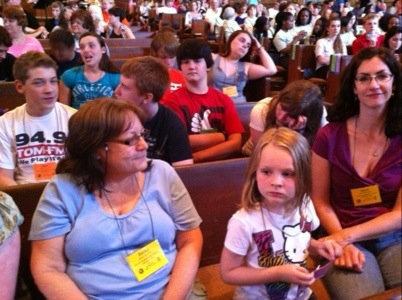