Tuesday afternoon and evening was awesome if for no other reason than this: S’MORES!! I personally like to catch my marshmallow on fire, let it burn all the way around, then let that über-hotness liquefy the Hershey’s. In the words of the great George Takei, OH MY!! 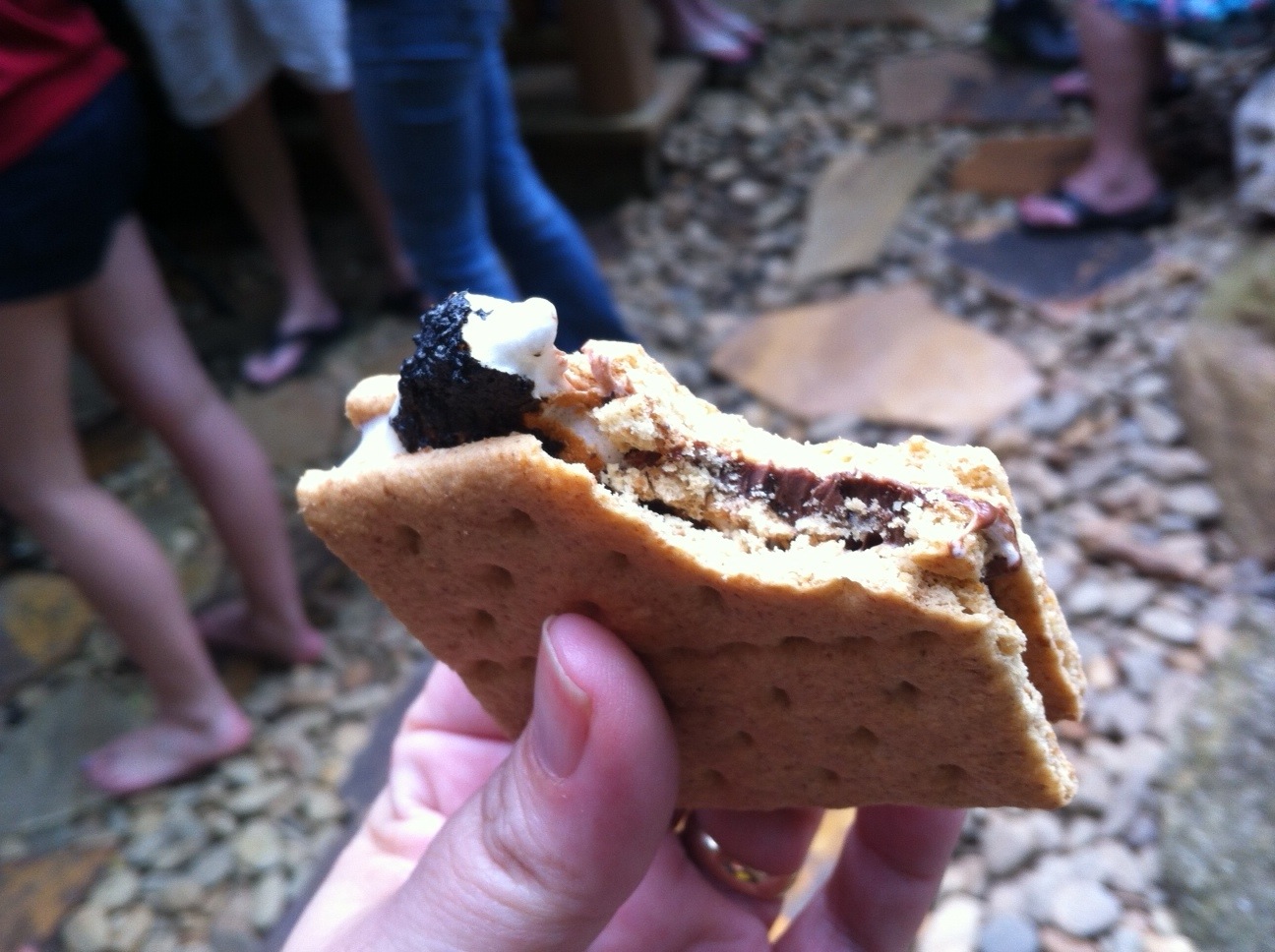 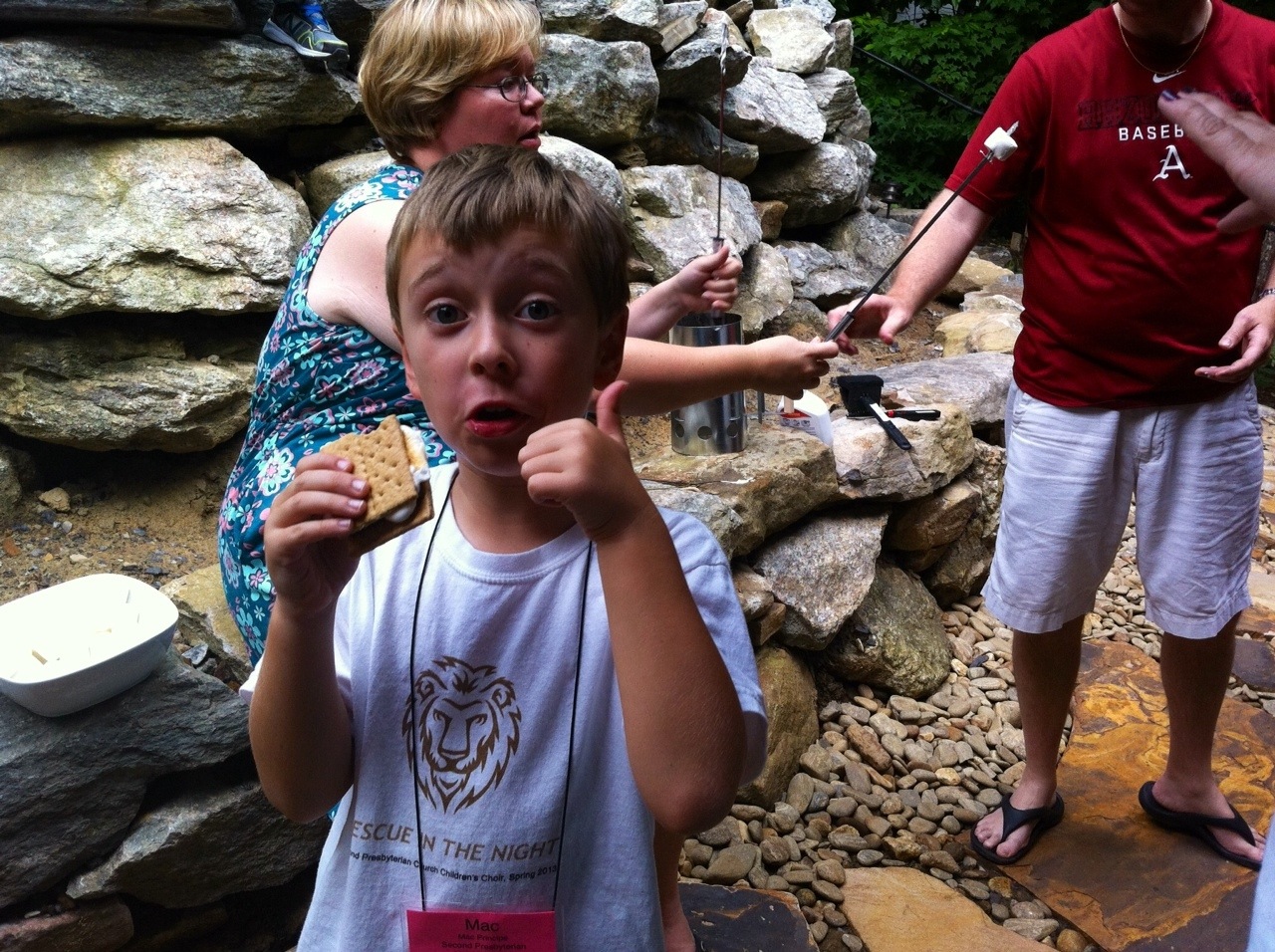 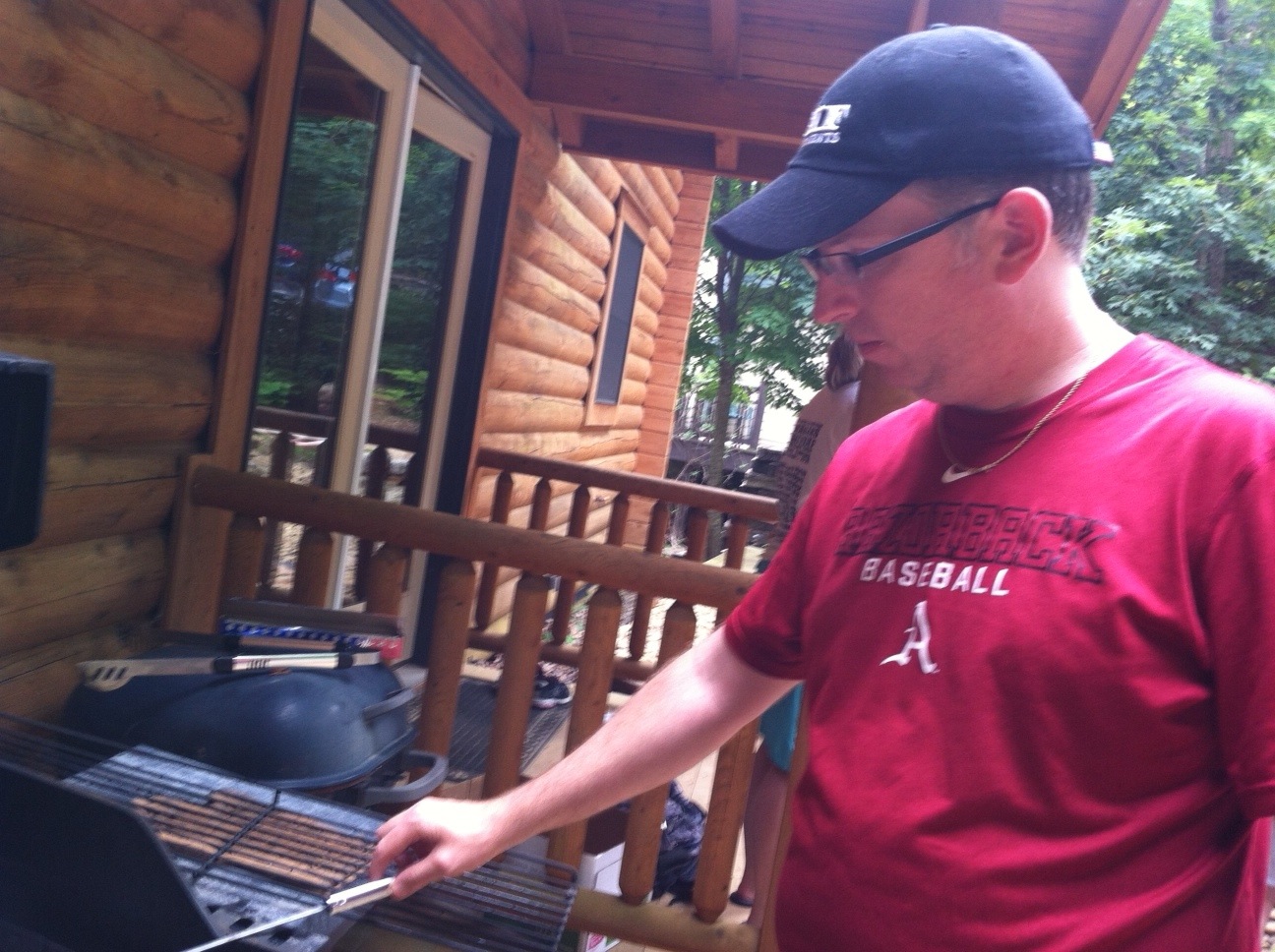 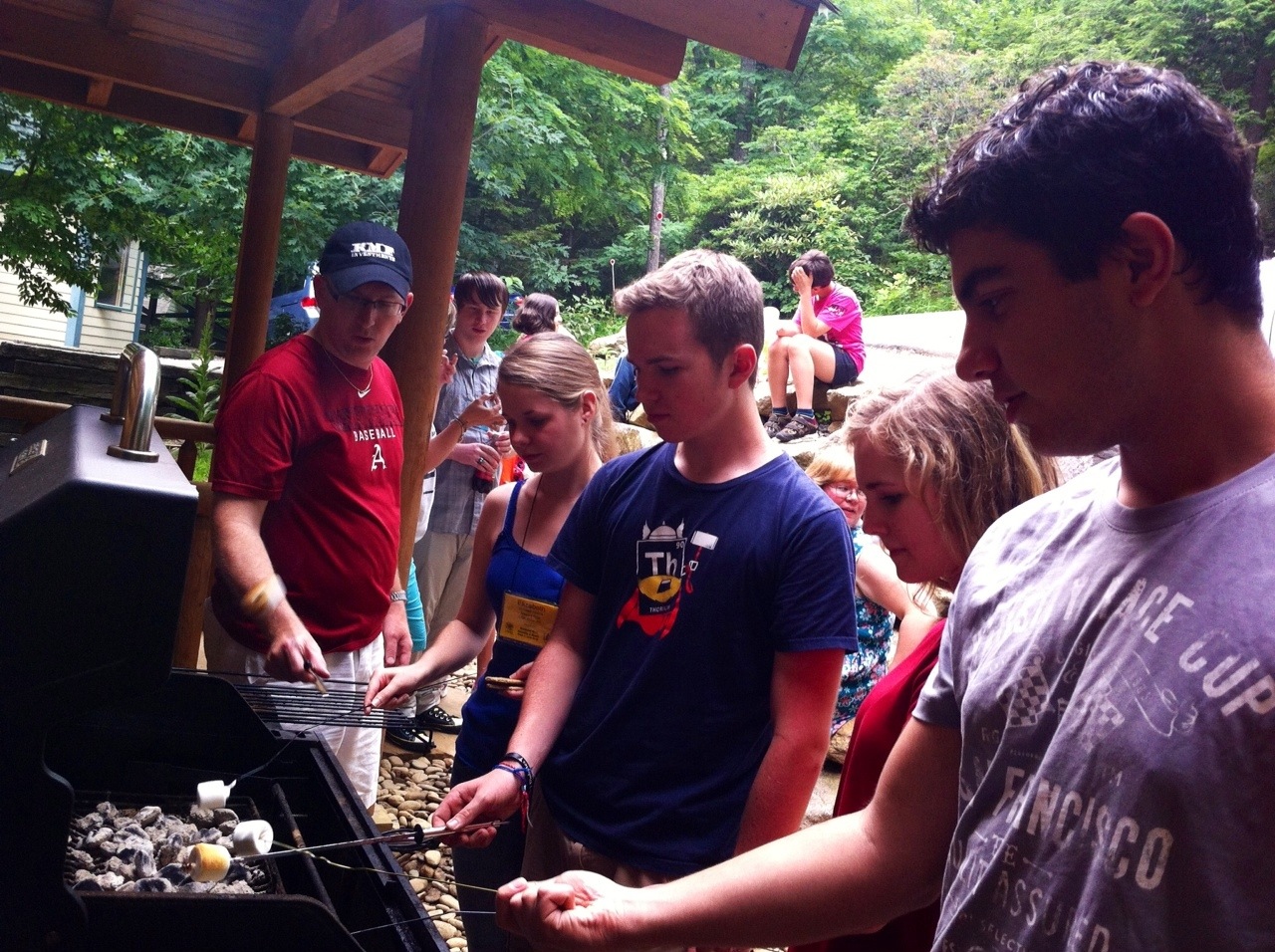 Emma is working here to get marshmallow out of Nate’s hair. Seems sweet of her to do, but since she’s the one who got it there, it’s only fair! She zigged and he zagged. I’m not sure he even noticed. 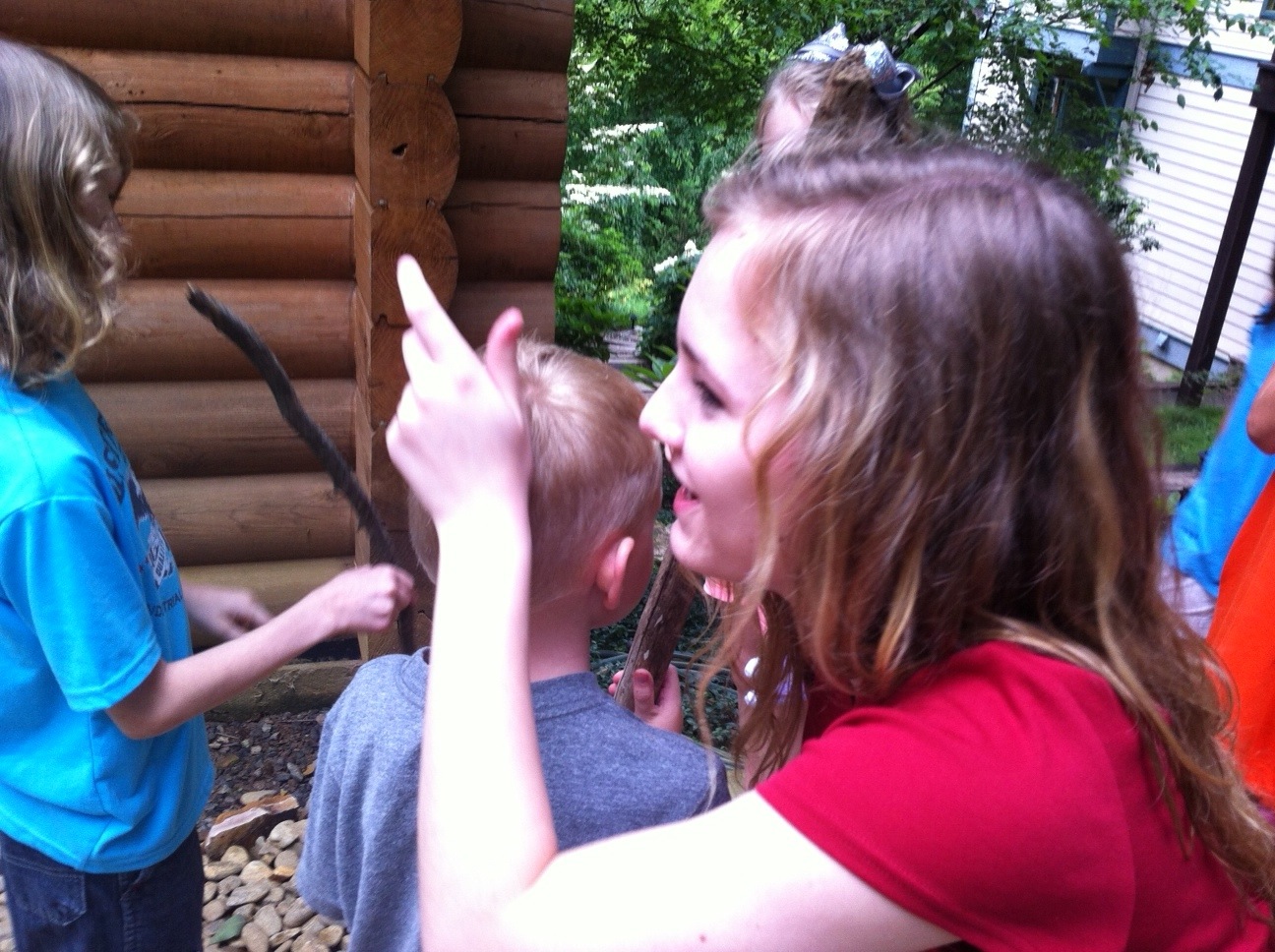 “But I don’t wanna put down the stick, Mom!” 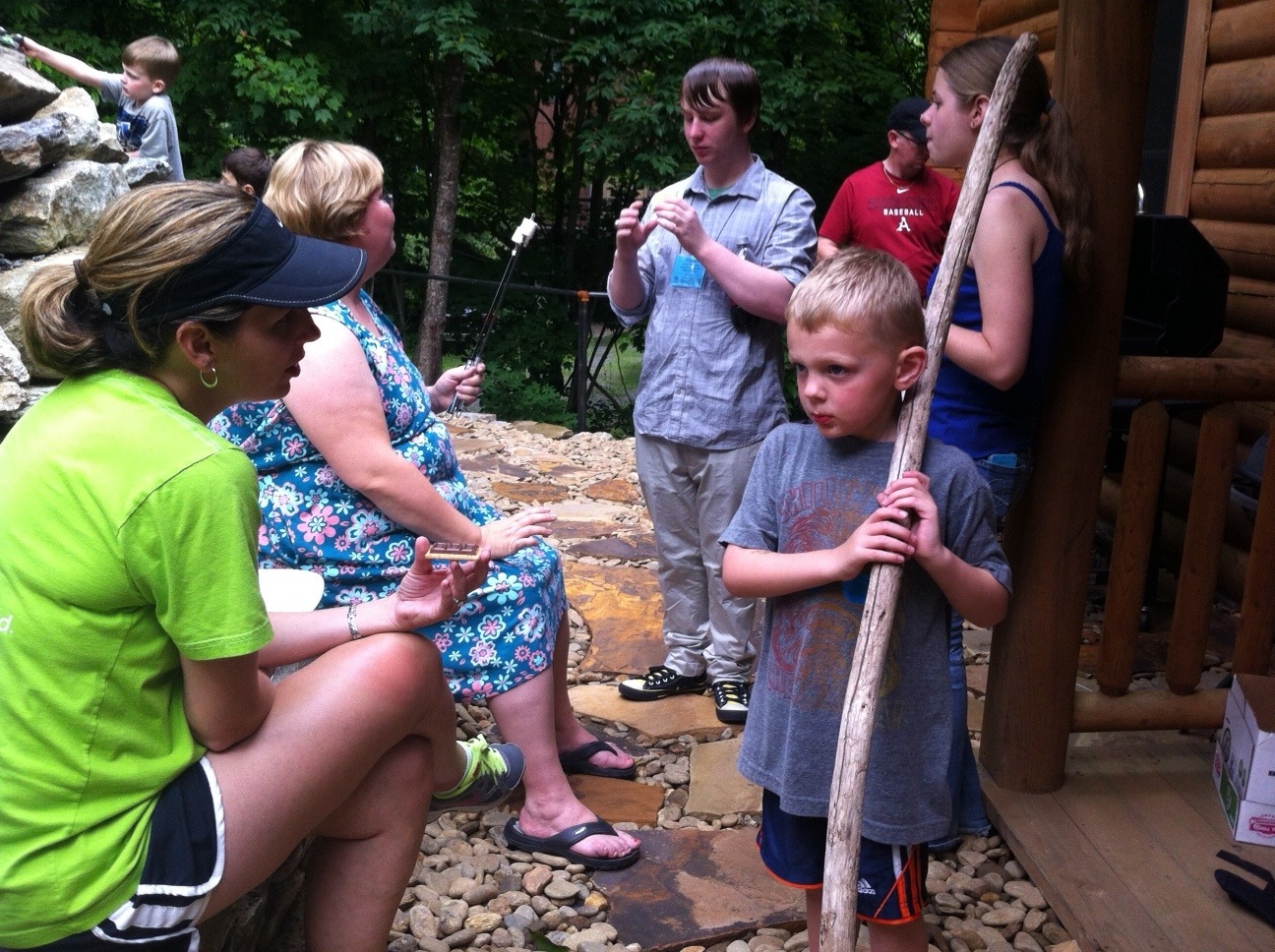 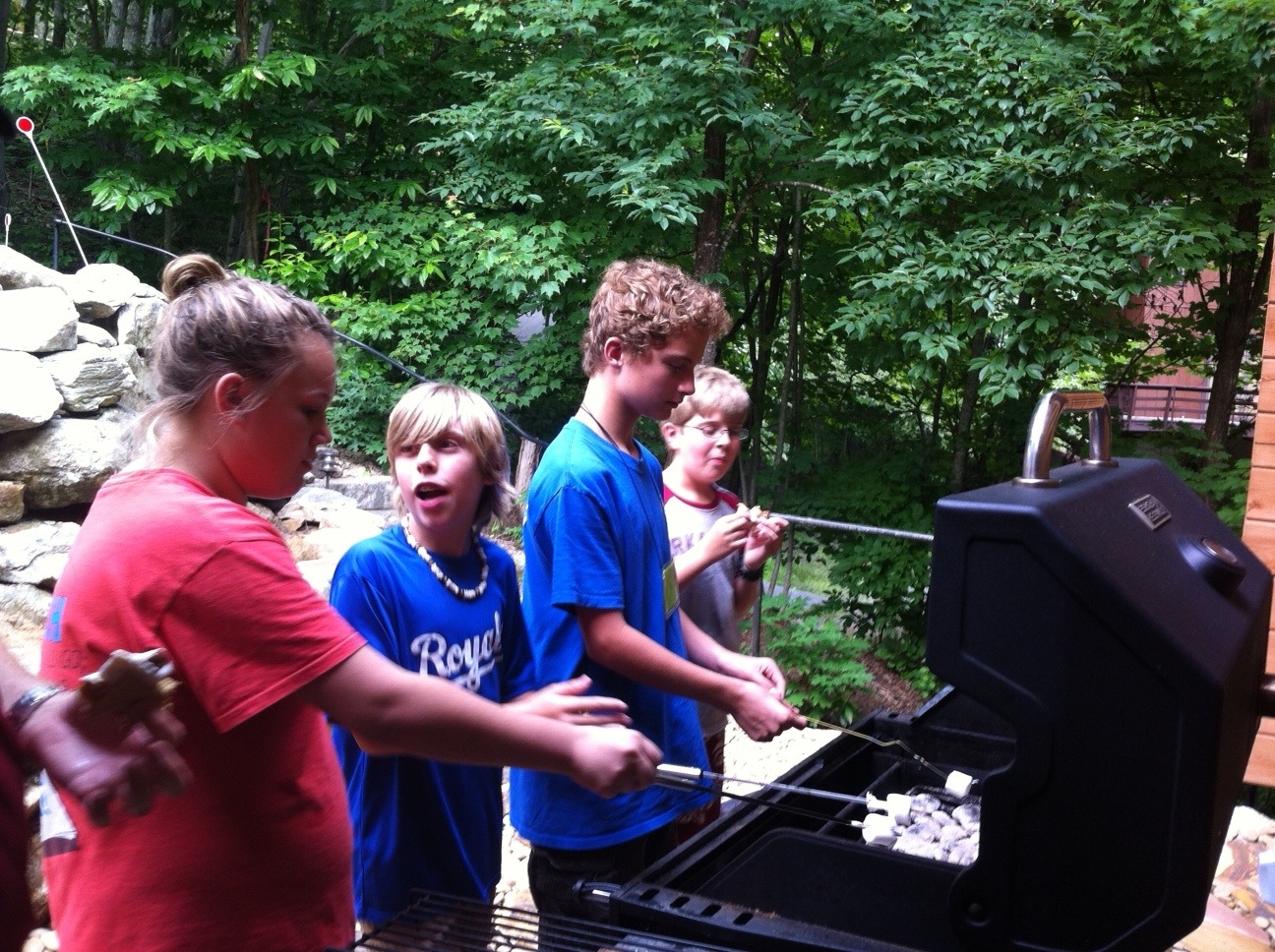 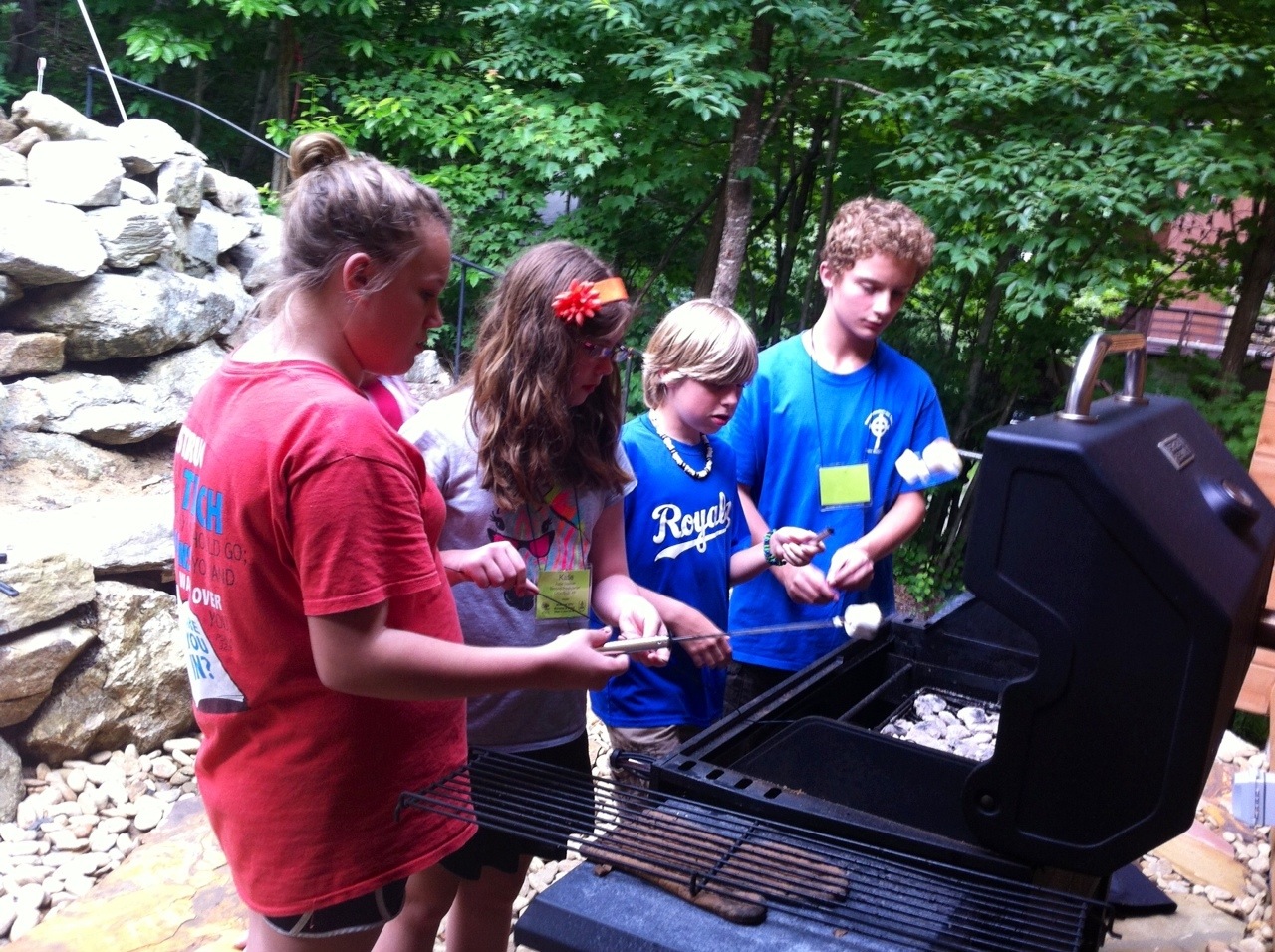 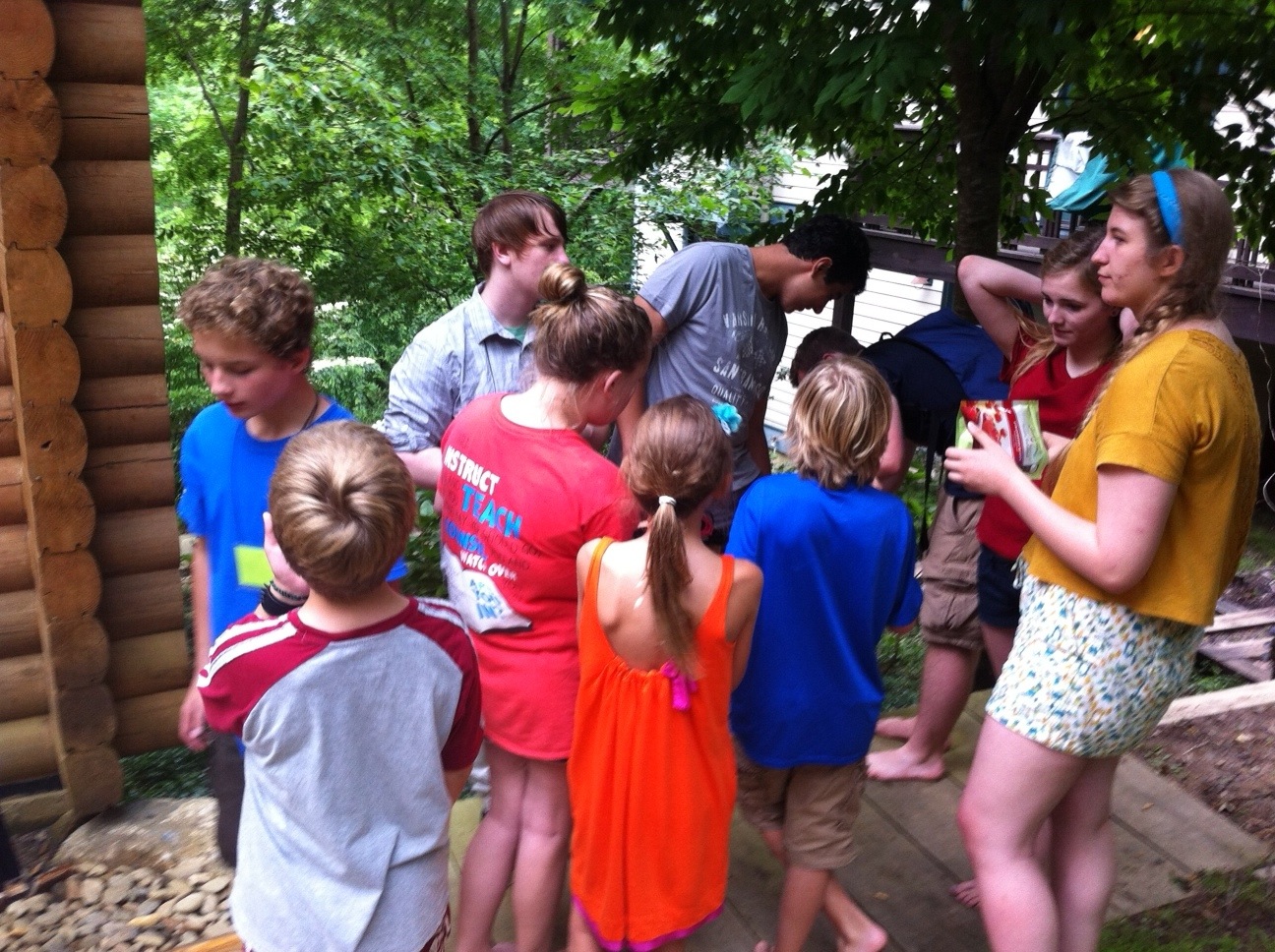 Tuesday night was FORCED FAMILY FUN NIGHT!! After enjoying our burgers, hot dogs, and S’mores, and since it wasn’t raining, we went down for rock hopping. Marsha and Jonathan were rocking it on the swings! Not easy on swings that are hung so low! 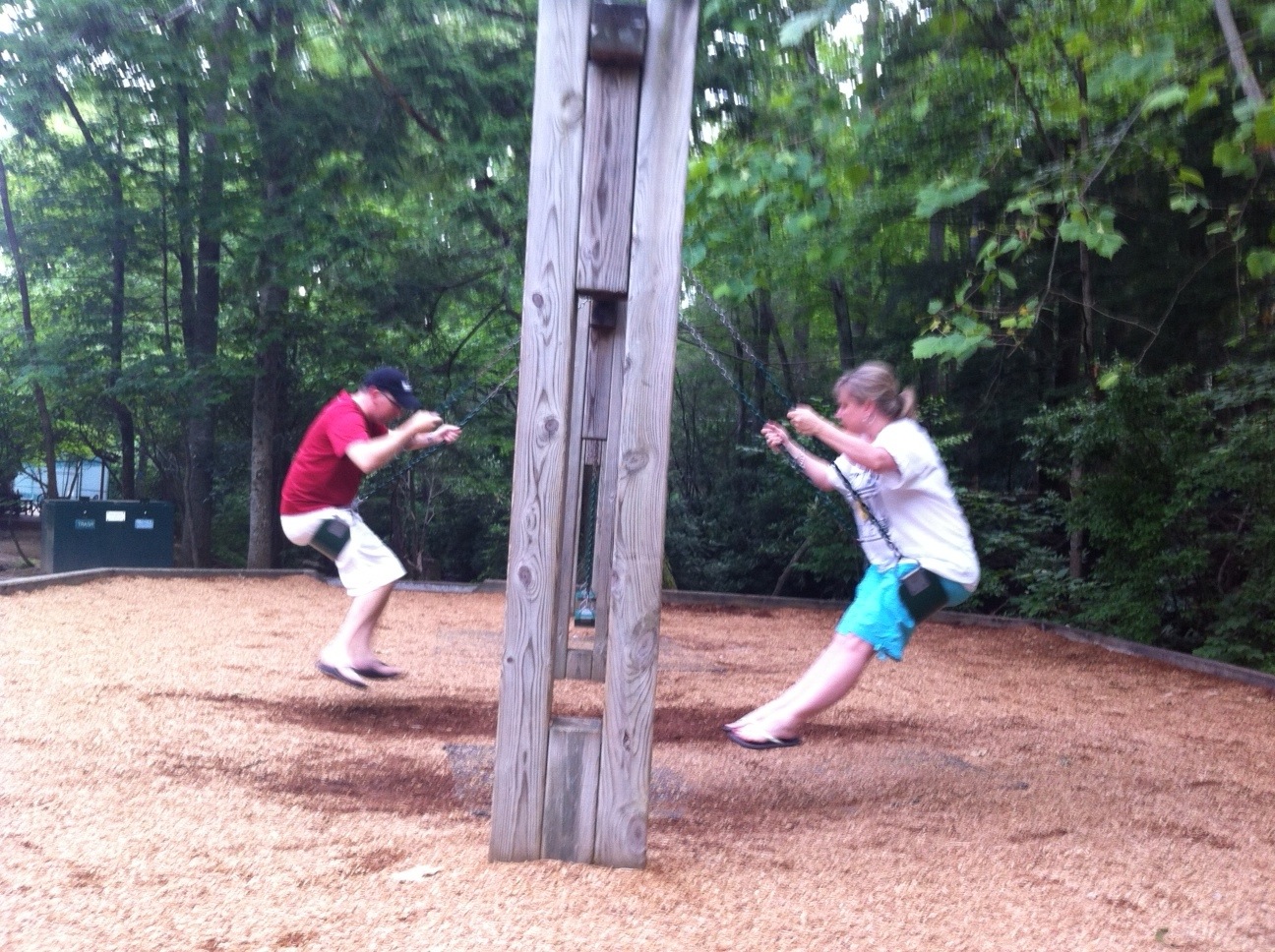 You can see how much the kids love rock hopping. It makes them so happy to have another opportunity to get in that frigid water! They especially love going down to Whale Rock, what they call that really big rock they like to climb up on. They wanted to go a bit further, down to the bridge, but the waters were a little rough for the little ones, so we passed this time. Maybe the bigger kids can go back there later this week. 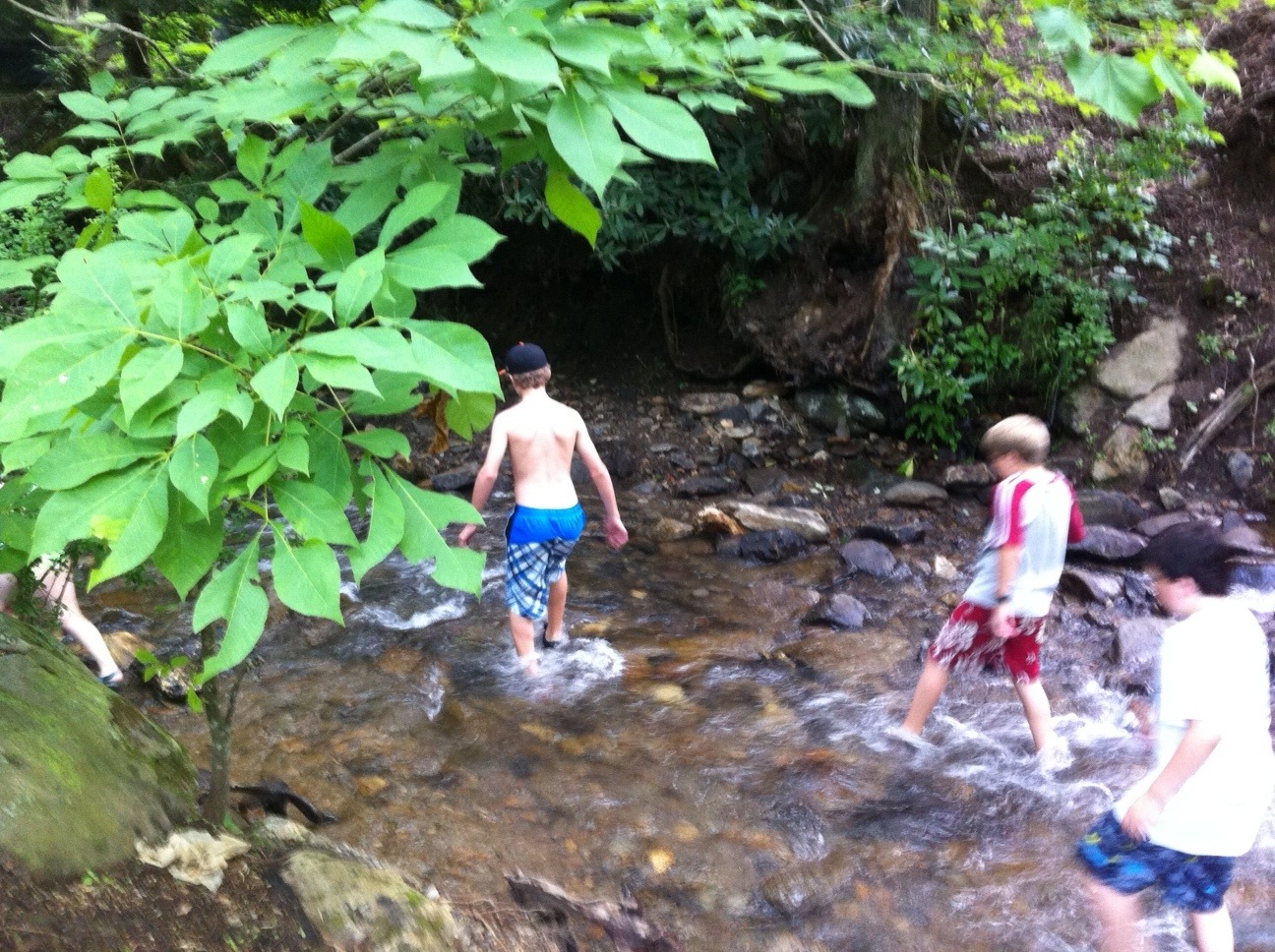 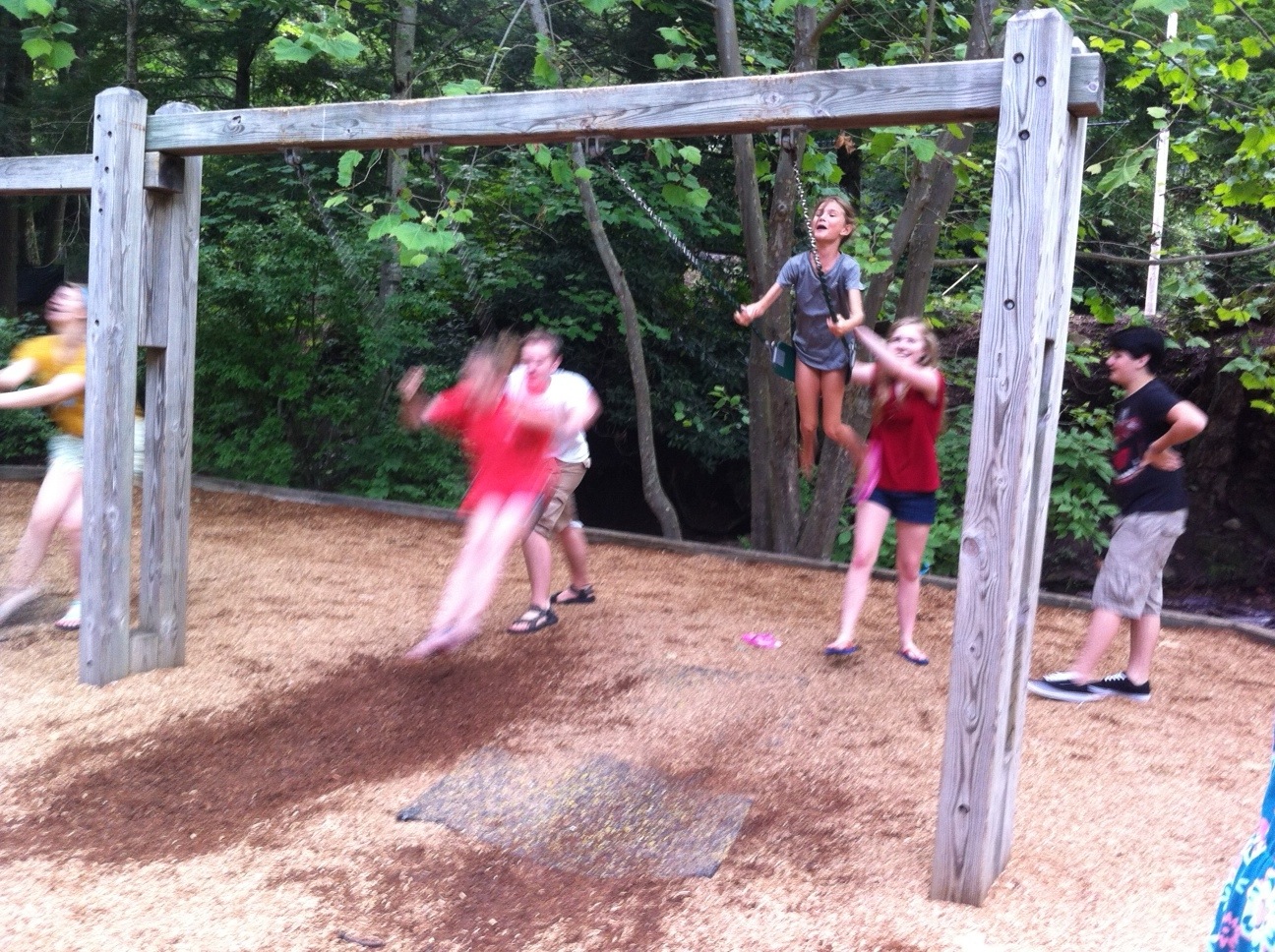 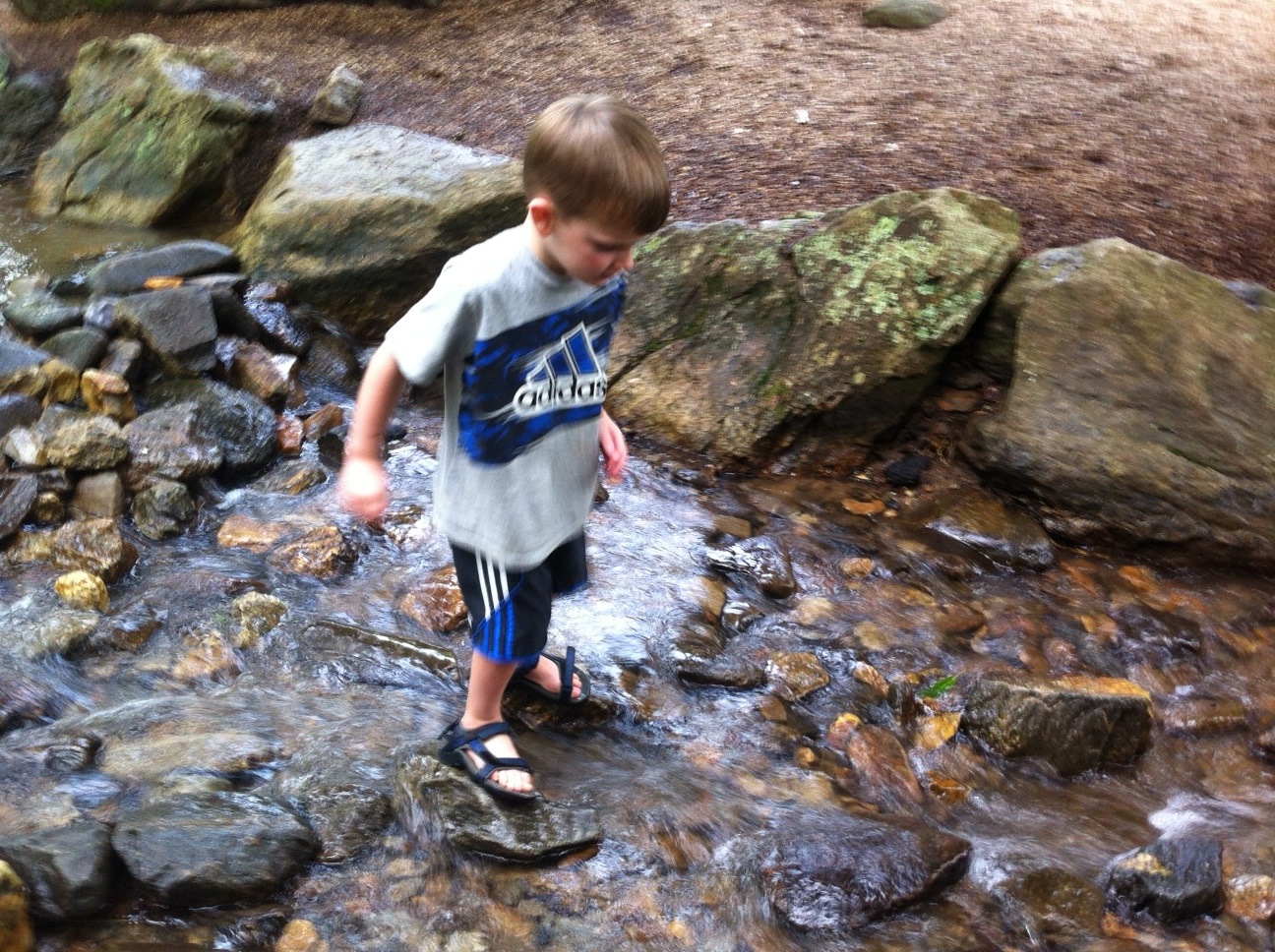 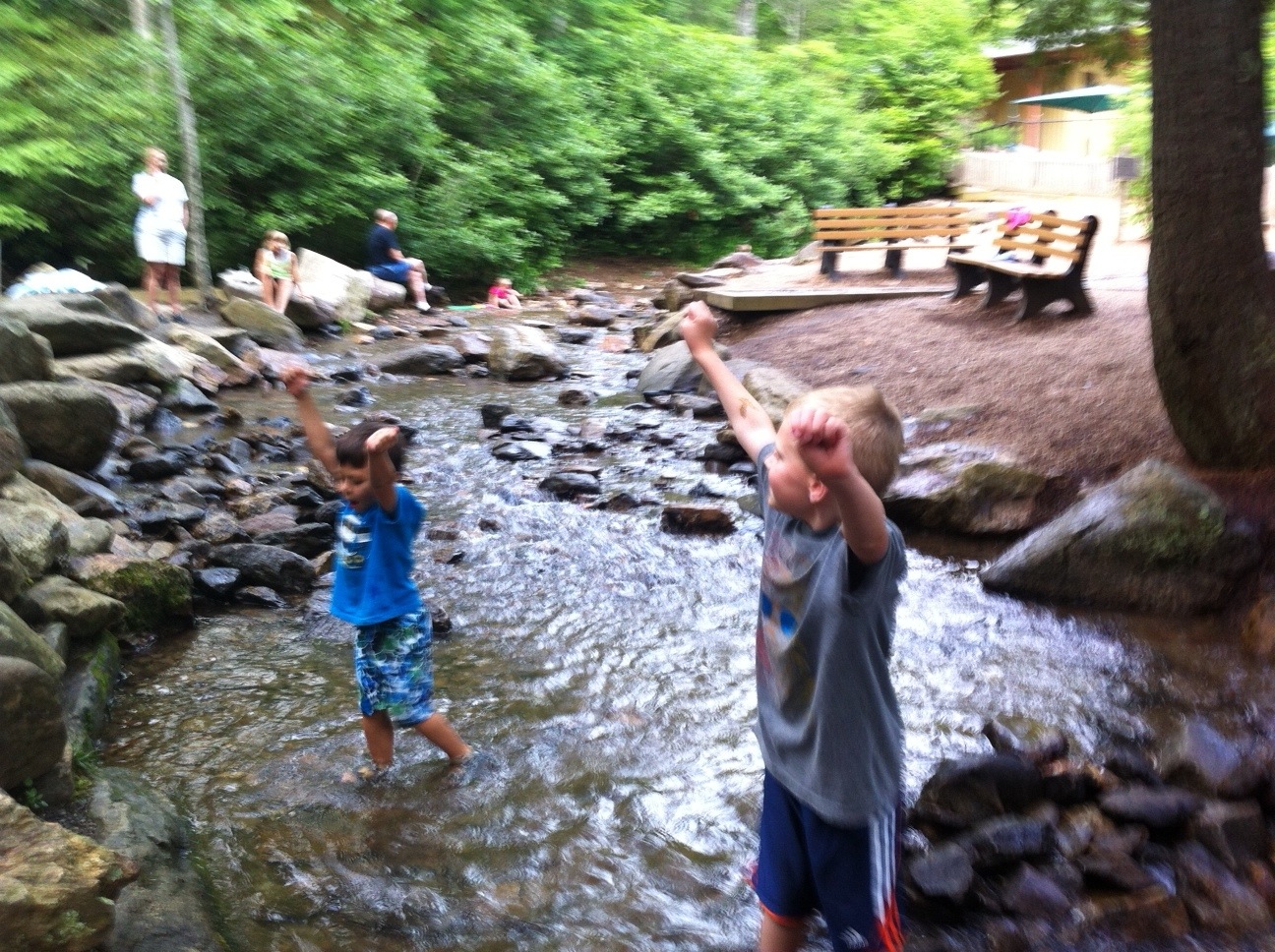 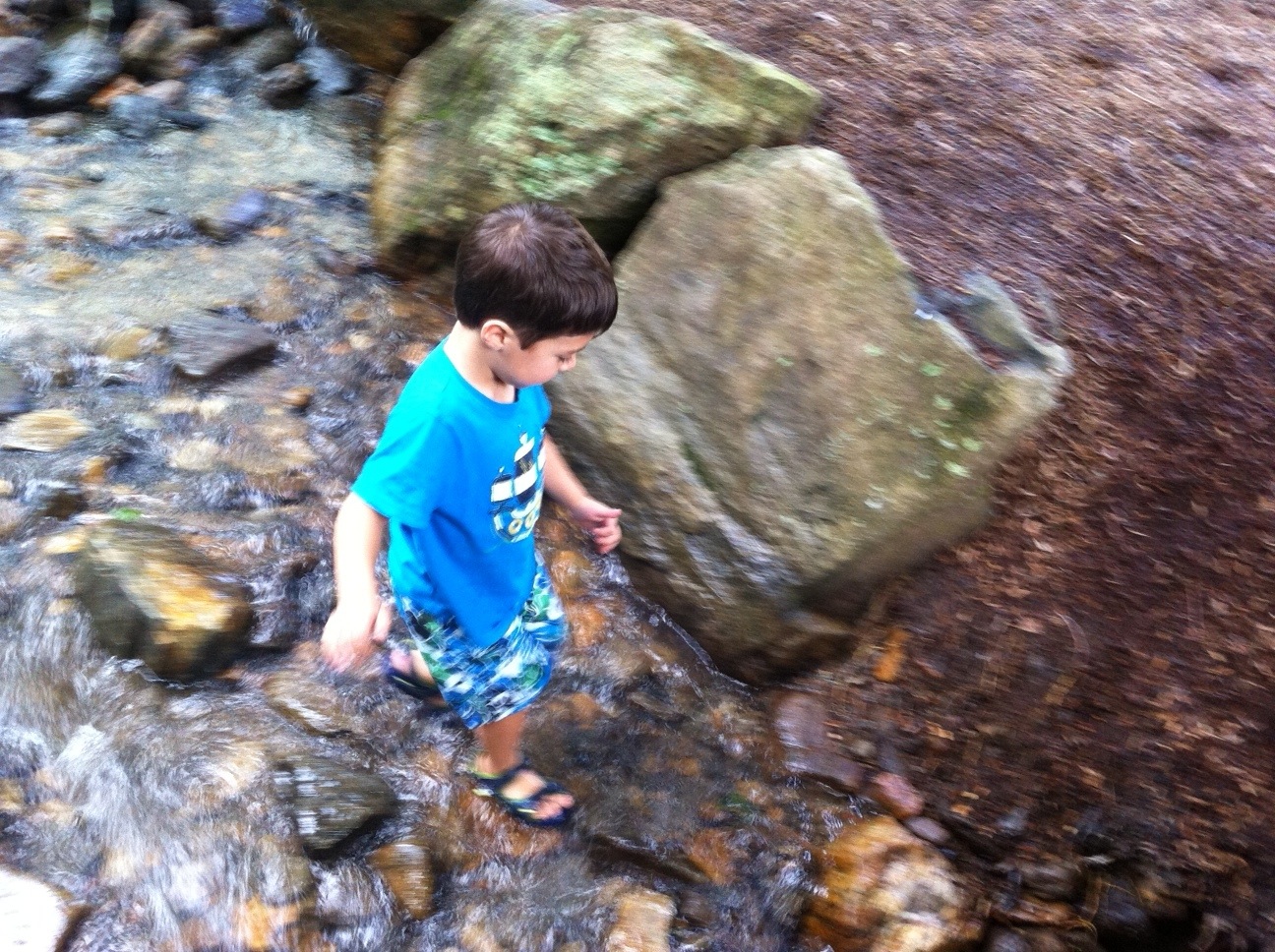 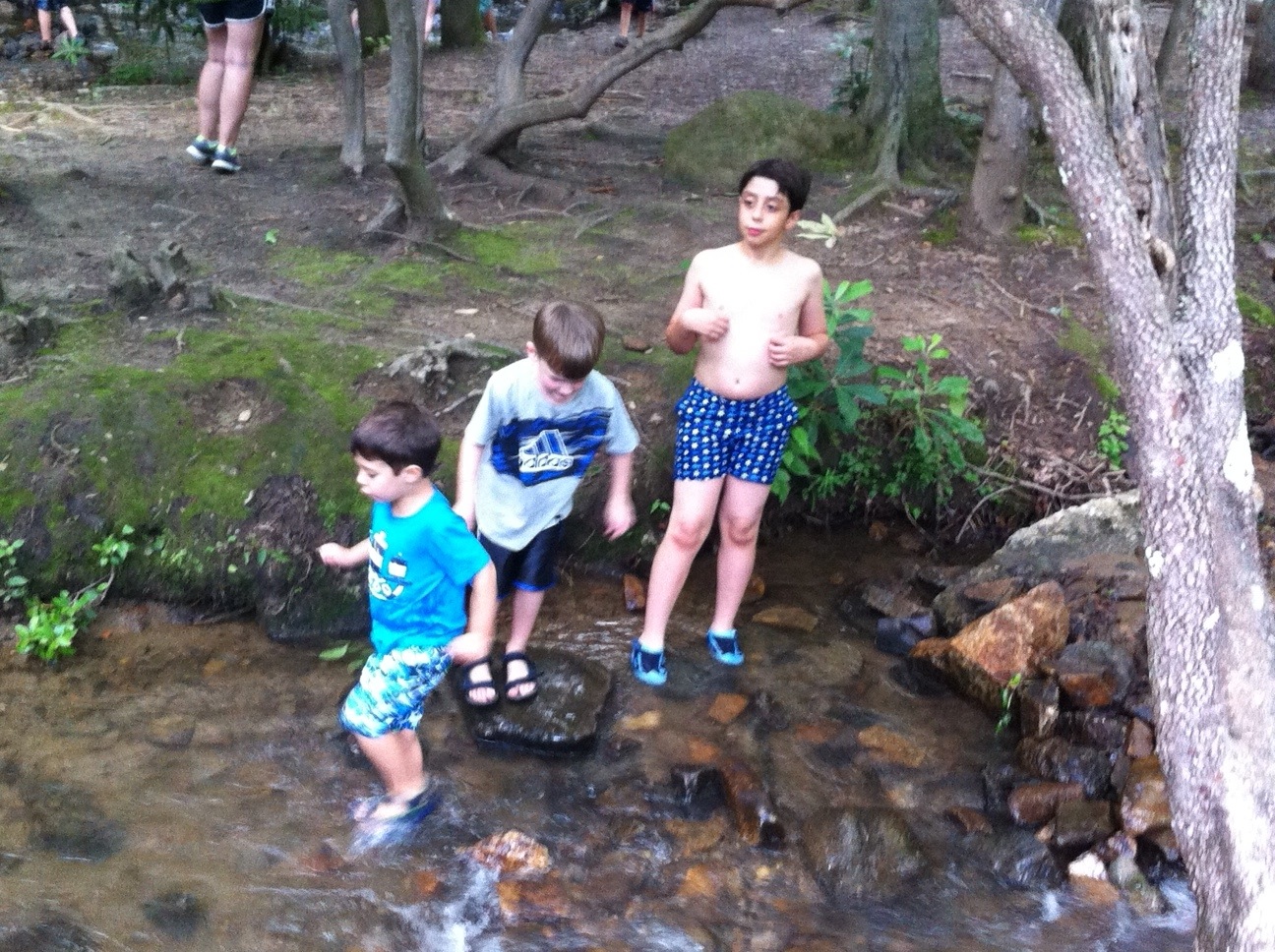 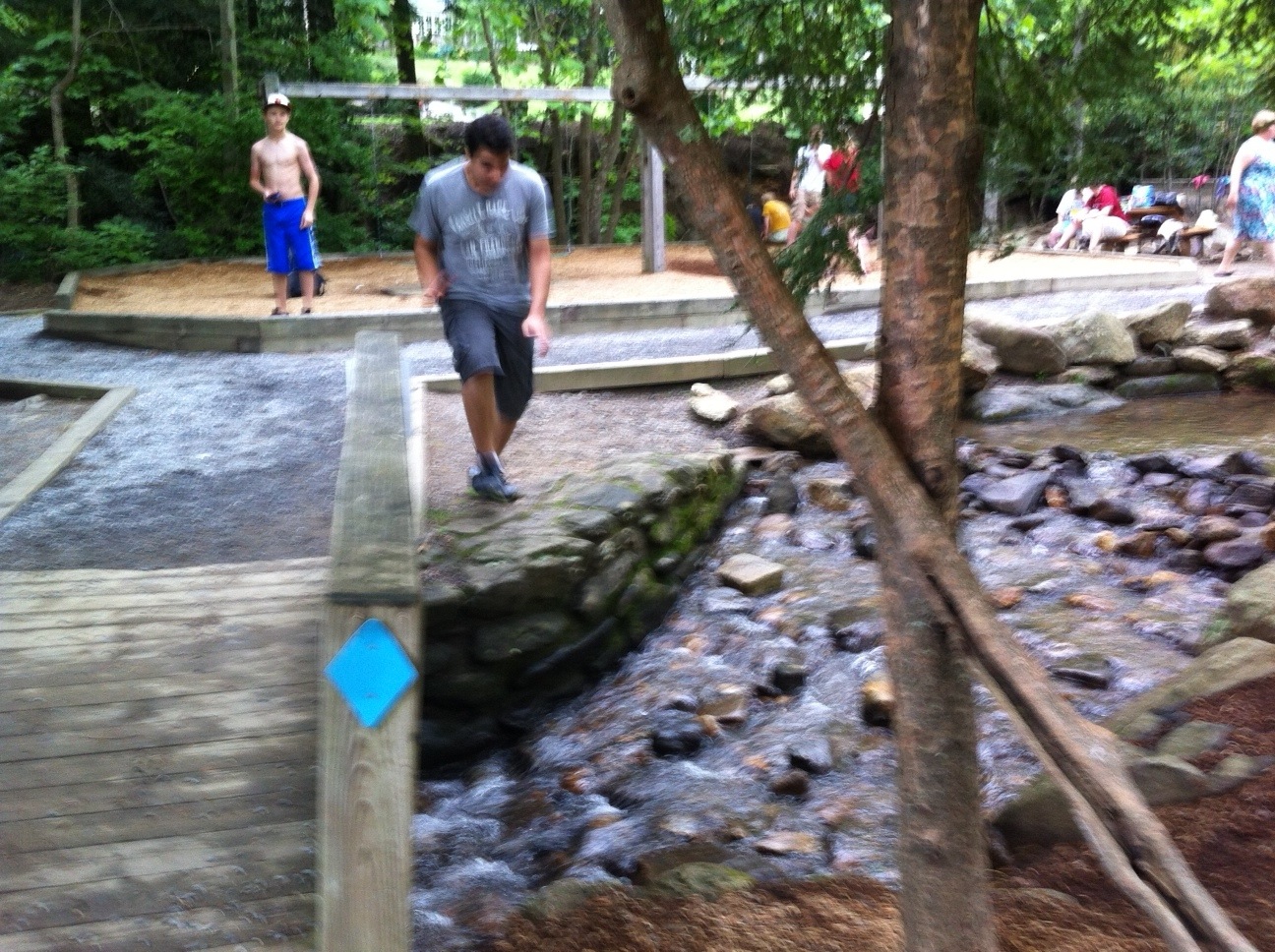 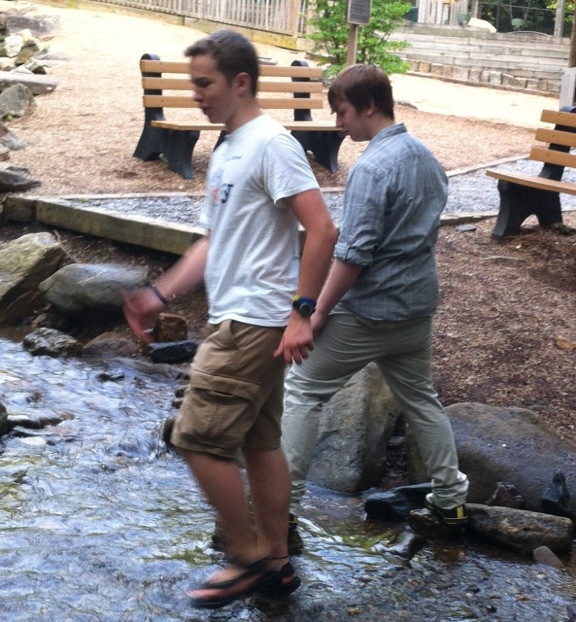 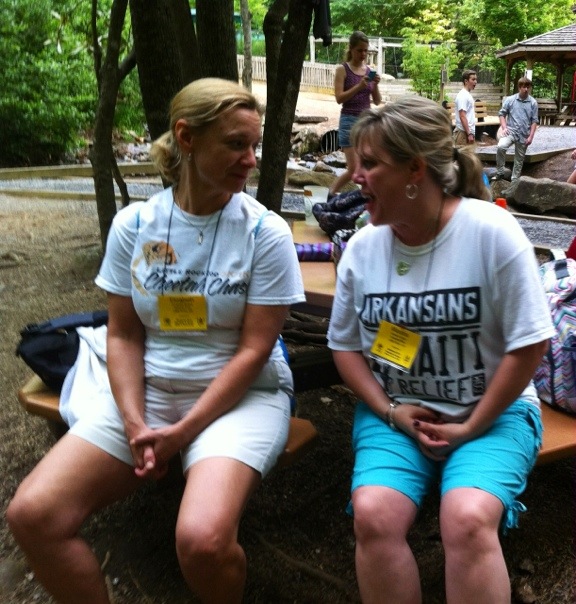 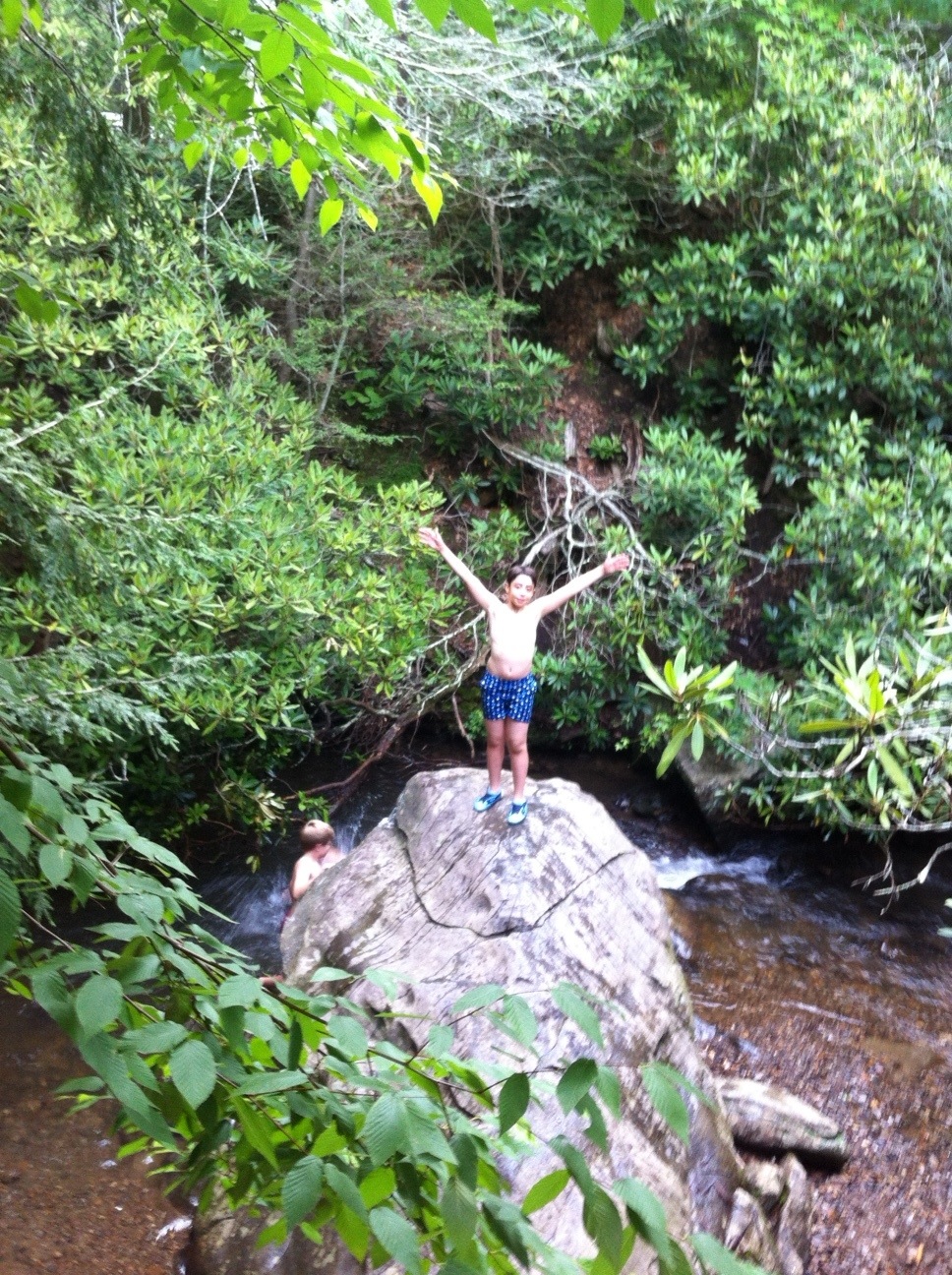 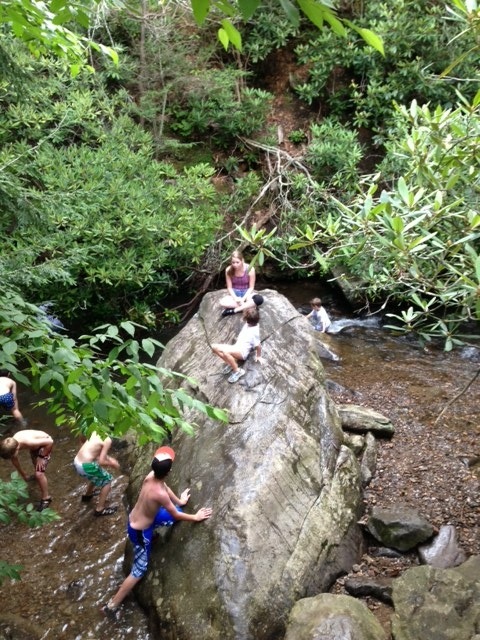 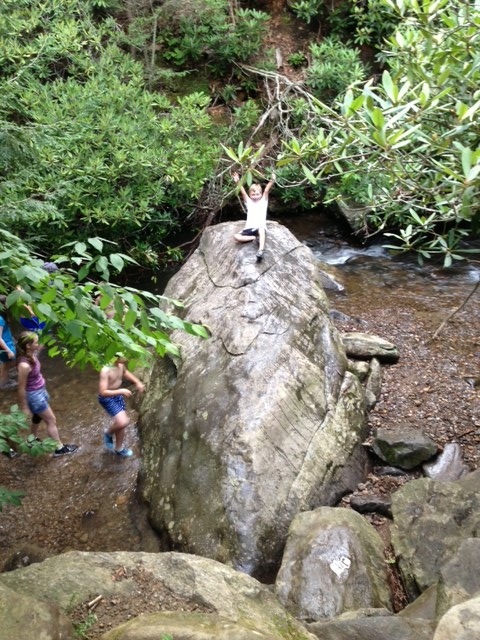 Hmmm… four of our boys flirting with a girl from the conference. :) 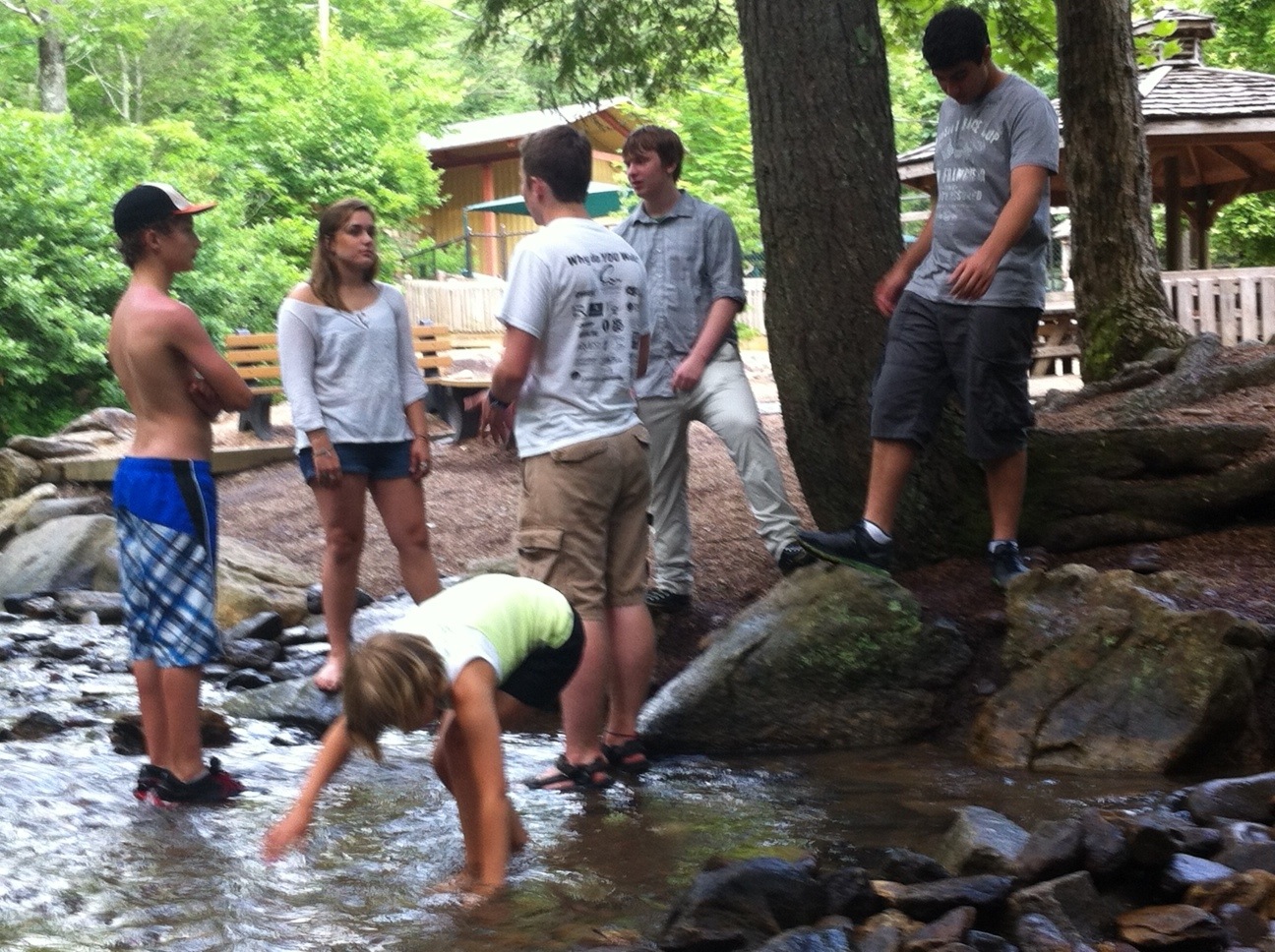 Most of the Middlers and Senior High went with Marsha and Jonathan to the talent show after rock hopping. The children and the rest of us came on back, so we could get them to bed early. They’re starting to look and act pretty tired. I’m not sure we accomplished getting them to sleep as early as we’d hoped, but we tried! I skipped the talent show myself so I could get to bed early. Yeah, that didn’t work out either. As the kids would say, YOLO! You only live once, and we can sleep on the way home, right?

We opted not to all go to the talent show simply because no SPC kids were in it. Since we have several in chamber choir, we’re going to that concert Thursday night. Looking forward to that!