The middlers and senior high went to Huckleberry last night after the Hymn Sing, but the children came back to the house so we could get them to bed. So in exchange they got to go this morning for BREAKFAST! I was in the room when Nate asked Amy, his mom, if he could have a Pop-Tart. She said, “Aren’t you going to have Huckleberry’s ice cream with the rest of us for breakfast?” Nate’s face was priceless! He just froze and stared like she had just said the most incomprehensible thing he’d ever heard, his mouth half open. Yes, Virginia, there is a Santa Claus! 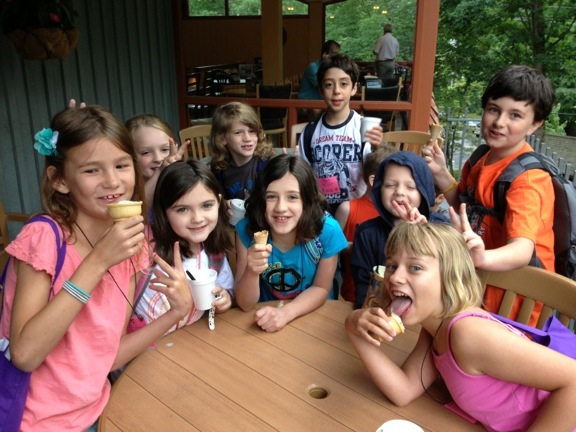 Last night the chaperones stayed up and made S’mores (ssshhhh! Don’t tell the kids!), and I had to get this picture. It’s of Mary and Elizabeth cooking their marshmallows over the electric burner! It worked surprisingly well. Again, since I like mine burned, I took the lighter and my marshmallow on the deck so I could flame it up without fear of the sprinklers being triggered in the house! Another chaperone, who shall remain nameless, used what looked to be a miniature flame-thrower at the dining room table to cook his marshmallow. Luckily, no alarms were tripped and no one got wet. 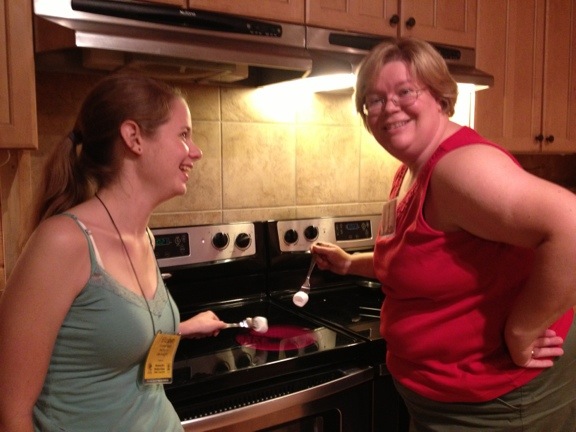 We started with one kid with a fake mustache, and it’s spreading! This one is priceless! 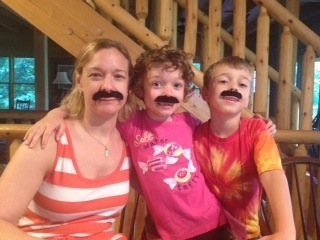 The middlers went paddle-boating in their free time today. Thanks to Jonathan for the pictures! 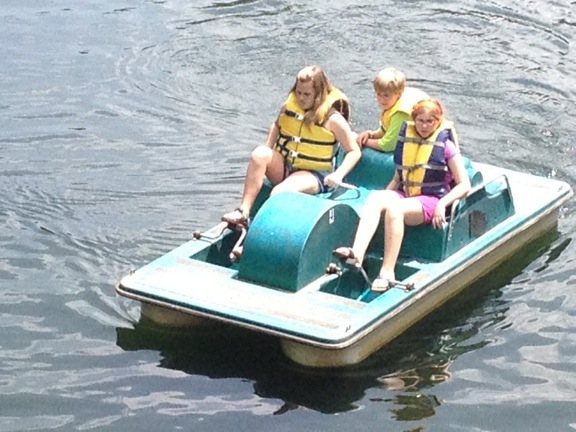 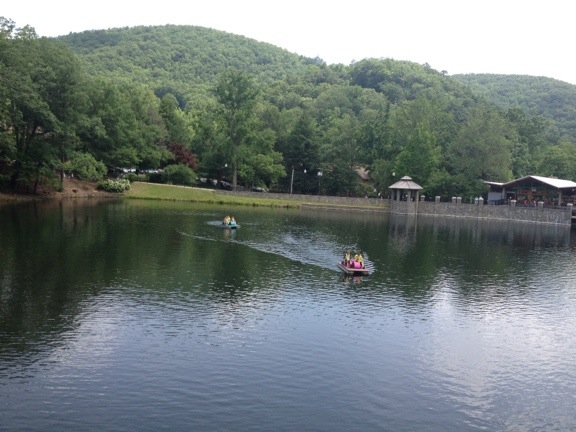 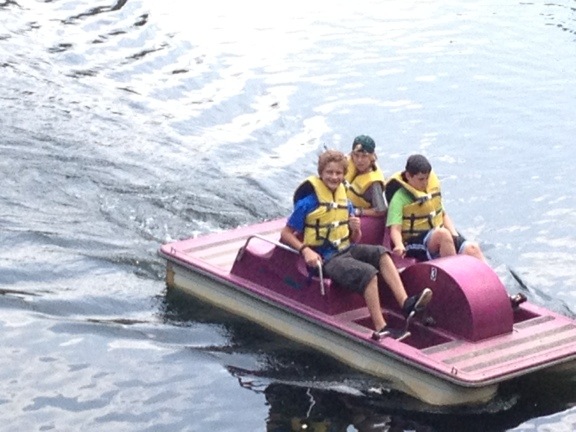 Classes are going well this morning. Here are a few shots: 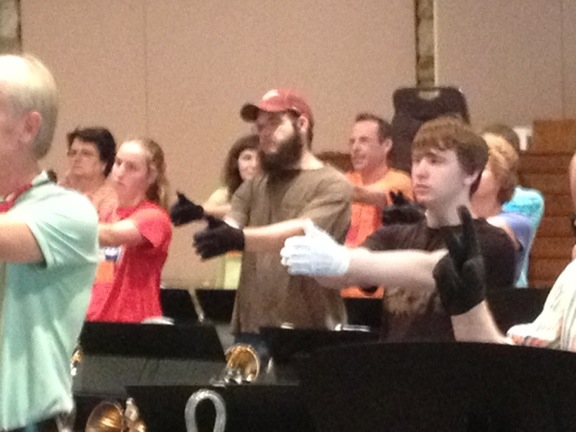 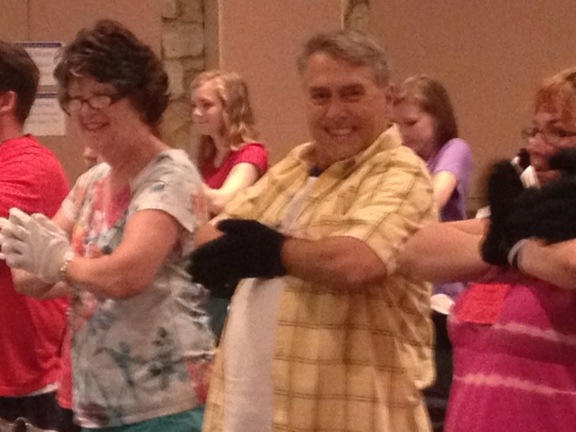 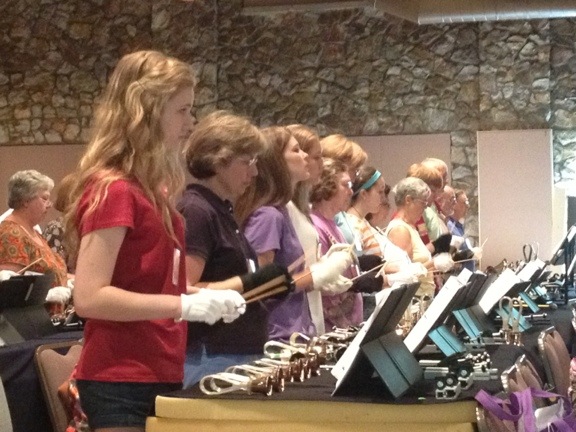 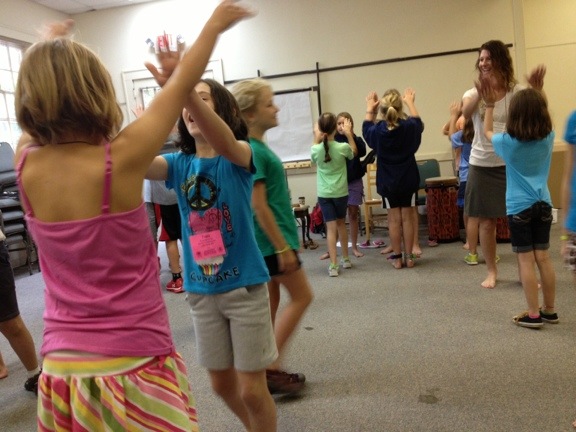 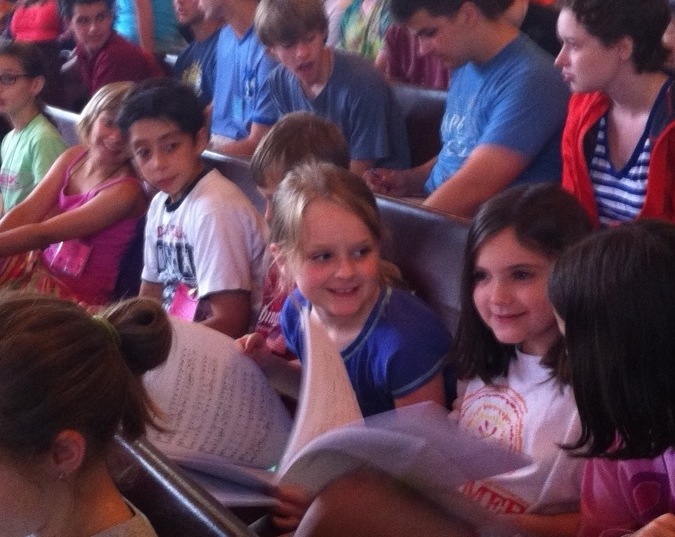 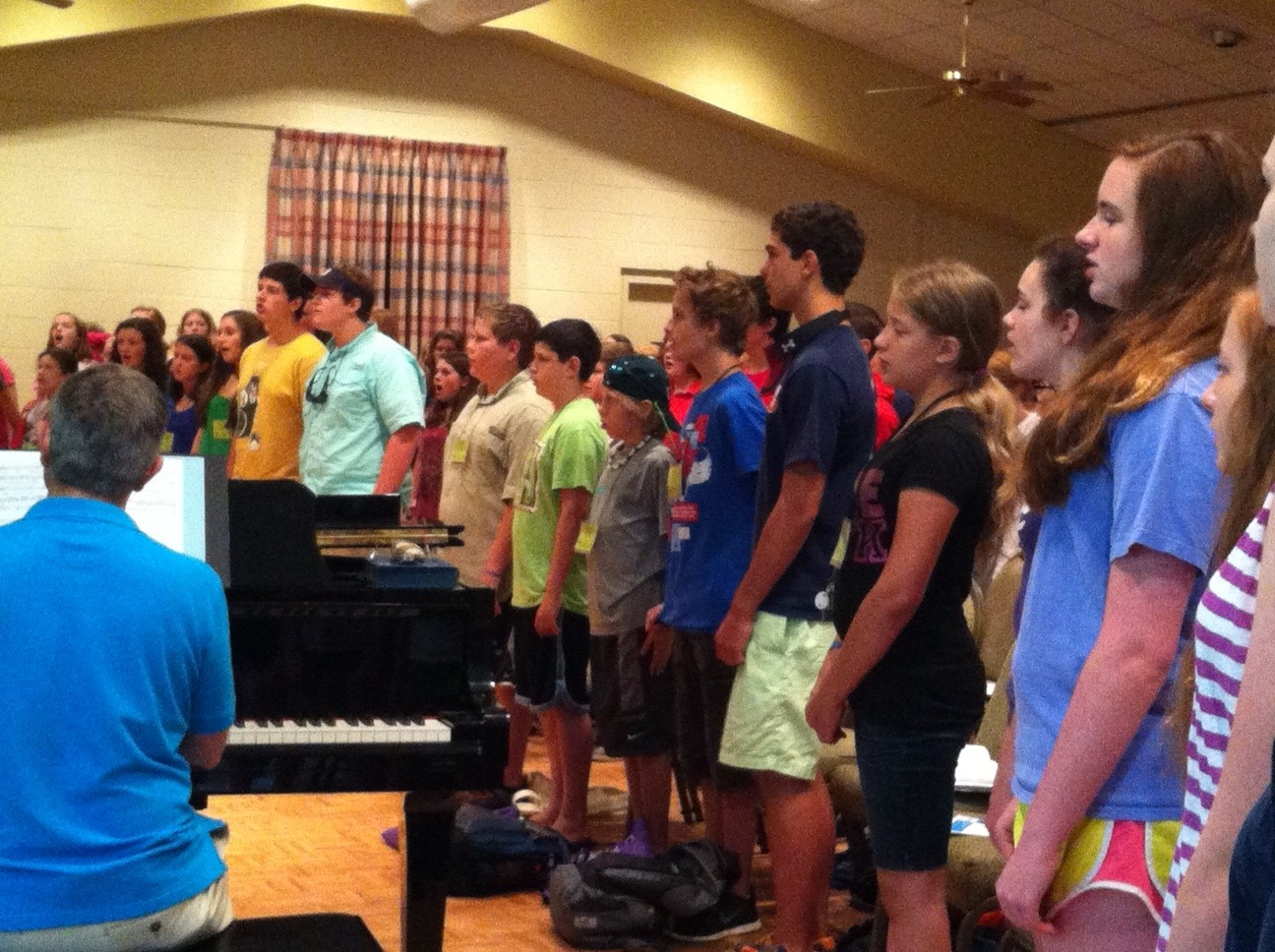 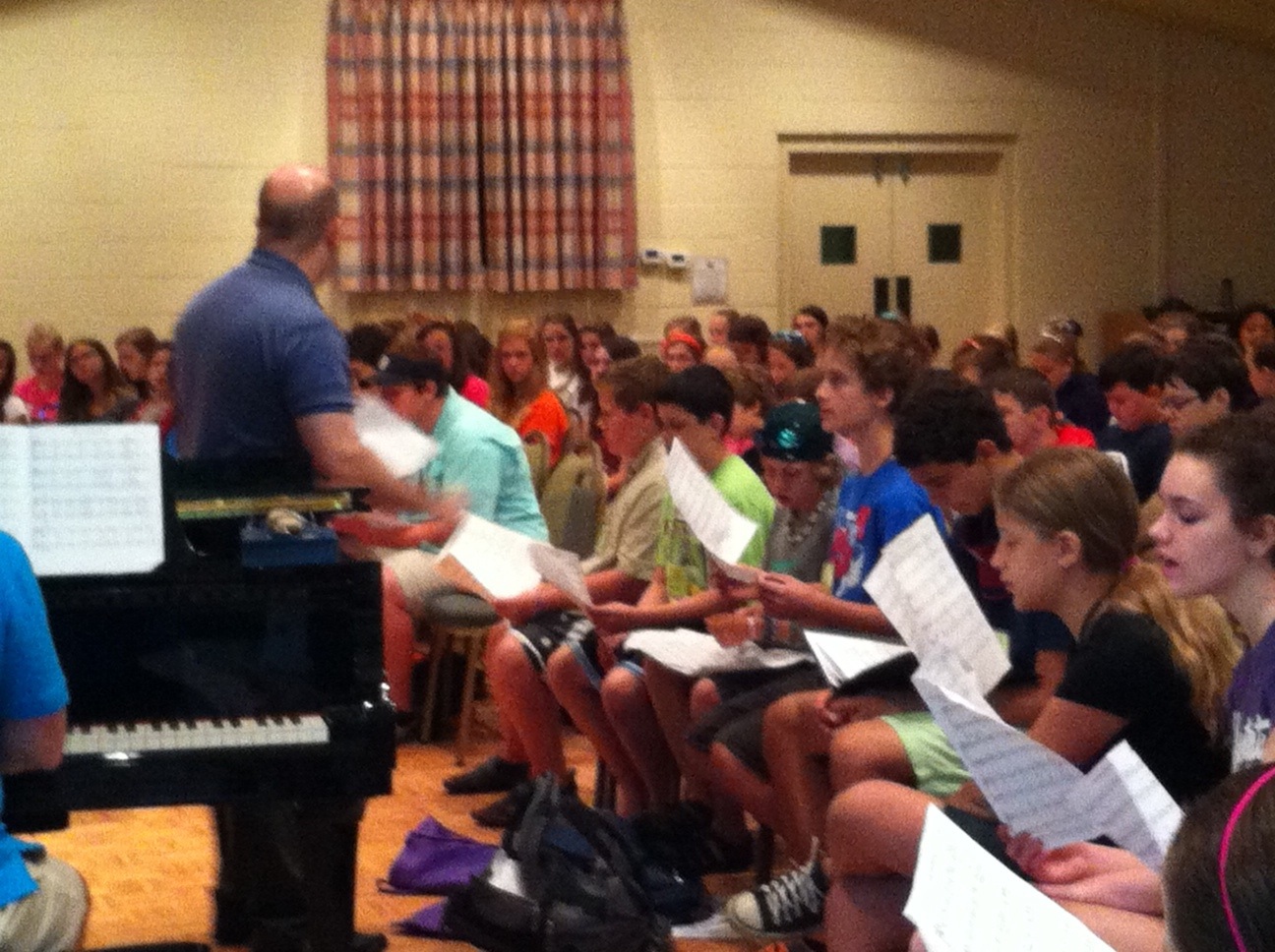 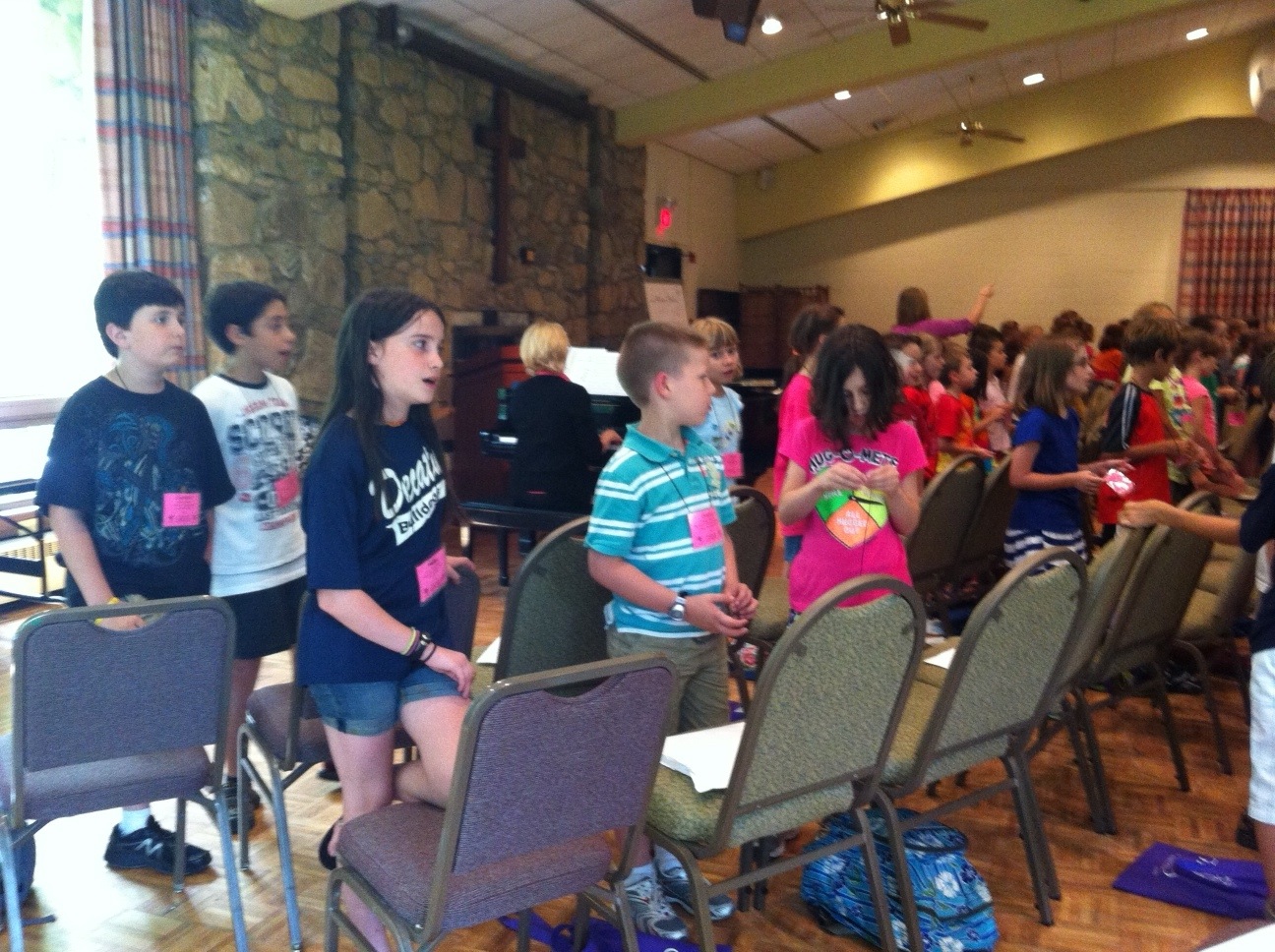 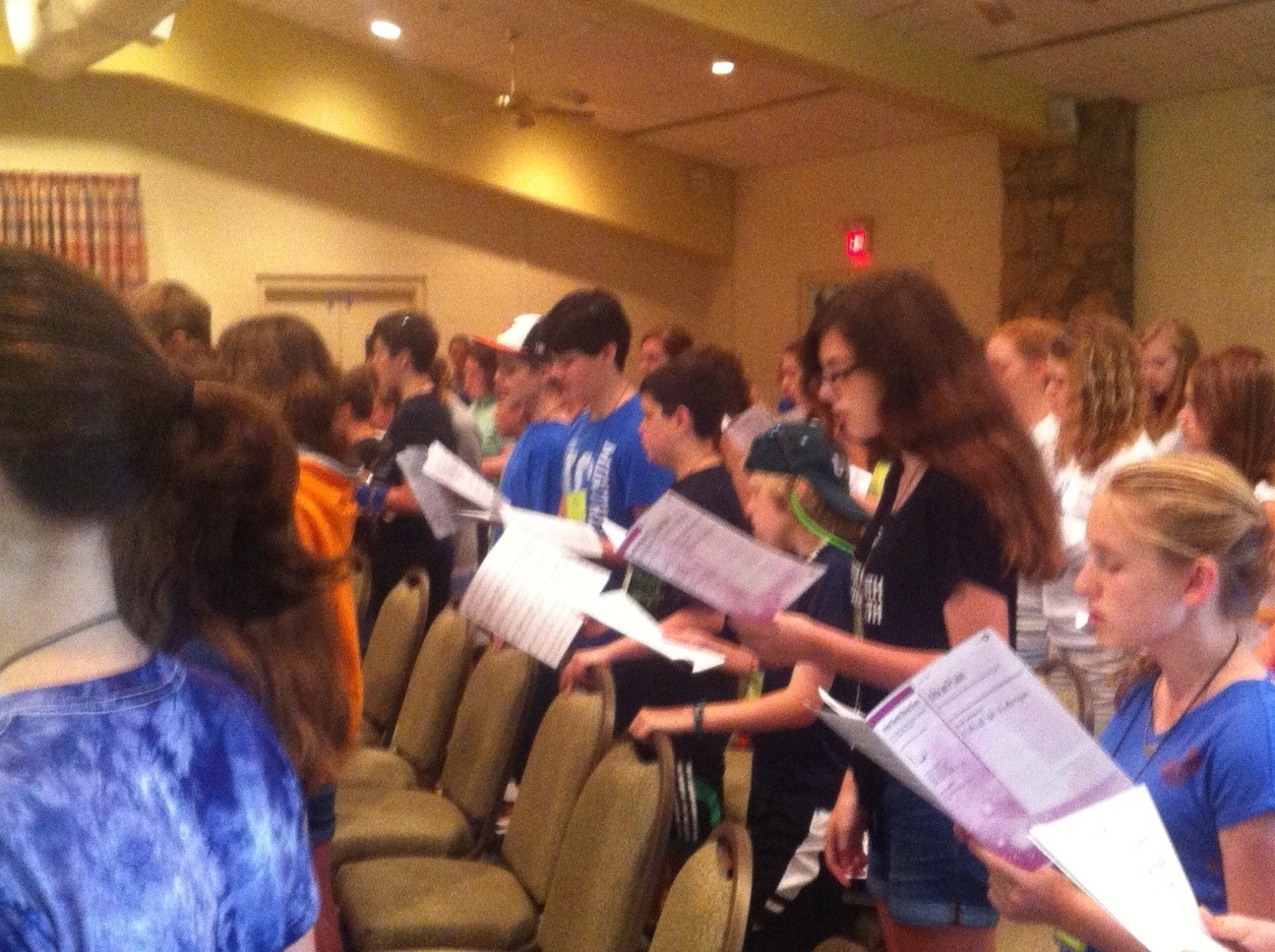 – Sharon, the ‘little miffed I didn’t get ice cream for breakfast’ blogger