Well, this blog is to tell all about our time at Montreat, good and bad. Our first worship experience had a pretty rocky start. At some point in the months leading up to this conference, someone in a planning meeting had the idea of having the congregation to process in together while ringers rang bells all around the sanctuary. It’s one of those ideas that sound good and pleasant and meaningful while talking about it in a meeting, but it didn’t translate well for the participants. For those who don’t know, there is no air conditioning in Anderson Auditorium. And since we have such a big group, we always go early to worship to grab three pews in a row to accommodate all of us. So last night we weren’t able to go in early, so instead we waited at the door until they let us in. The lobby area in Anderson is stifling under good circumstances, but with people pushed in like sardines, it was unbearable. Several of us were feeling pretty rough after about 20 minutes. When I started feeling sick to my stomach, Mary beckoned me to come to the front, where she had the door opened a crack to get a bit of air from the sanctuary. I had my face pressed against the glass, trying to cool off. I felt like a prisoner of war or something. All the kids were red-faced, sweaty and listless. When it was 7:30, the opened all the doors and we came in quickly to get seats. The bell ringing was nice, but I don’t think most of us noticed or cared. The leaders welcomed us as we came in. We all said ‘thank you’ but if you listened closely you could hear us collectively hissing at their poor planning. I think a few of us are going to write a strongly-worded letter.

The tapestries were lovely, as expected. 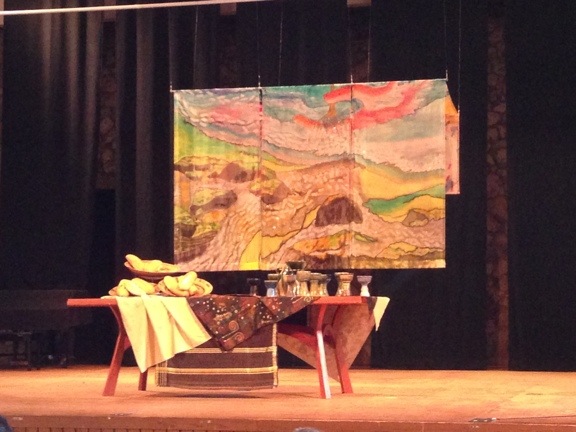 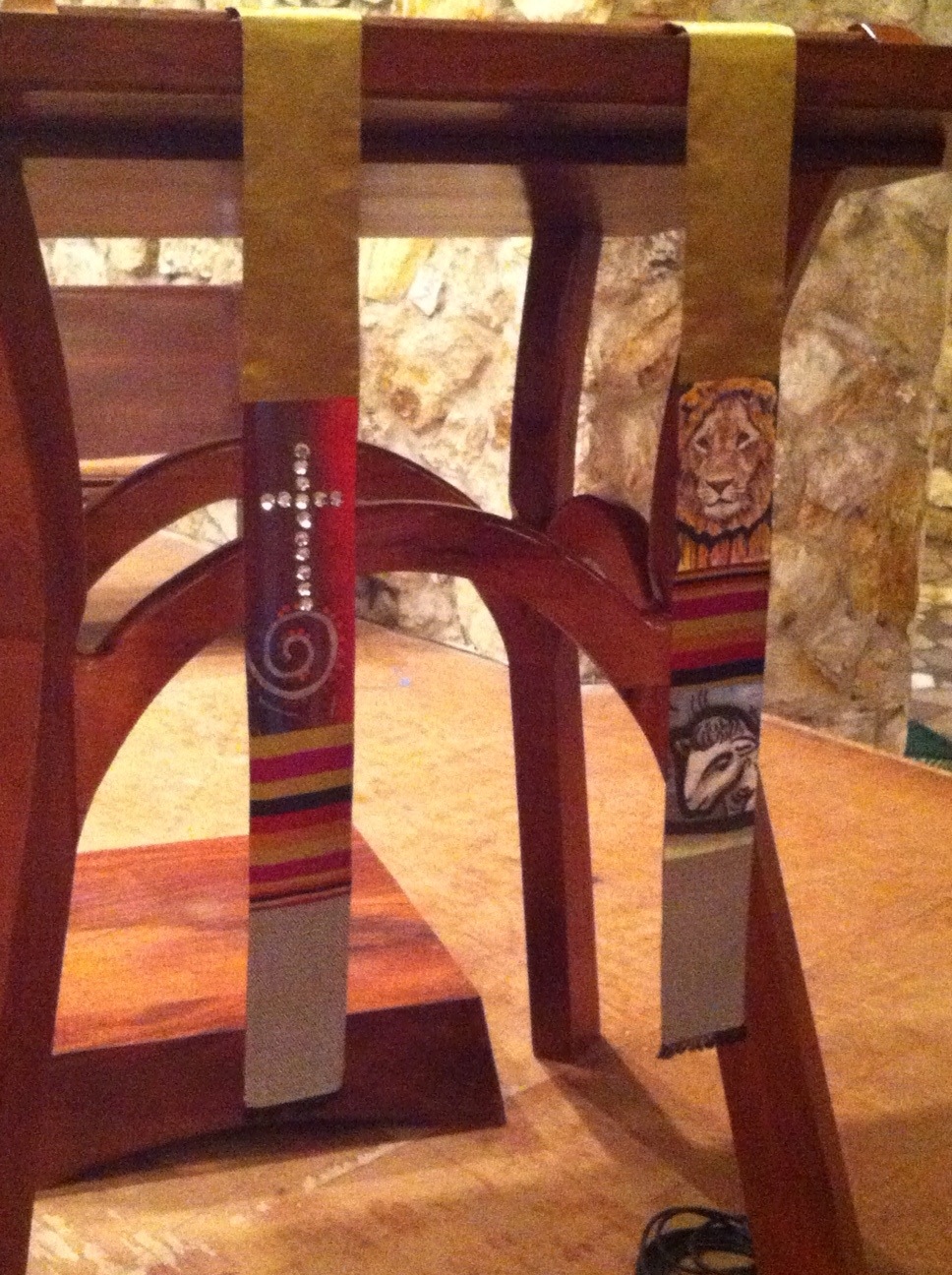 The preacher is Bradley Schmeling from St. Paul, Minnesota, and he’s very engaging. He had the kids’ attention for the whole sermon. I think his main point was that it is God’s good pleasure that we be together, and that’s what church does for us. That’s what Montreat does for us.

Some of the music was gorgeous. One piece, Bless The Lord, My Soul, the congregations sang over and over during communion. Mary began to improvise, and I joined in, making it a truly memorable song that I’d personally love to see sung at SPC. One hymn, Sending, made Mary’s allergies go off (Bevan Keating’s euphamism for tearing up). Her allergies were really, really bad! :)

Clara fell asleep on Anne’s lap, so she wasn’t able to get up for communion. That took me back to those early days of parenting, with a twinge of longing.

After the service we had a porch meeting outside Anderson. Then Mary turned to Noah and told him why she was glad he was on the trip. Then Tressa, then each and every one of us. I was standing beside Mary when she did this, so I had an excellent vantage point. The looks on the faces of all the kids, little and big, when it was their turn to hear her affirmations were just priceless. I think each and every one of them stood a little taller after that. I love Mary Ibis. 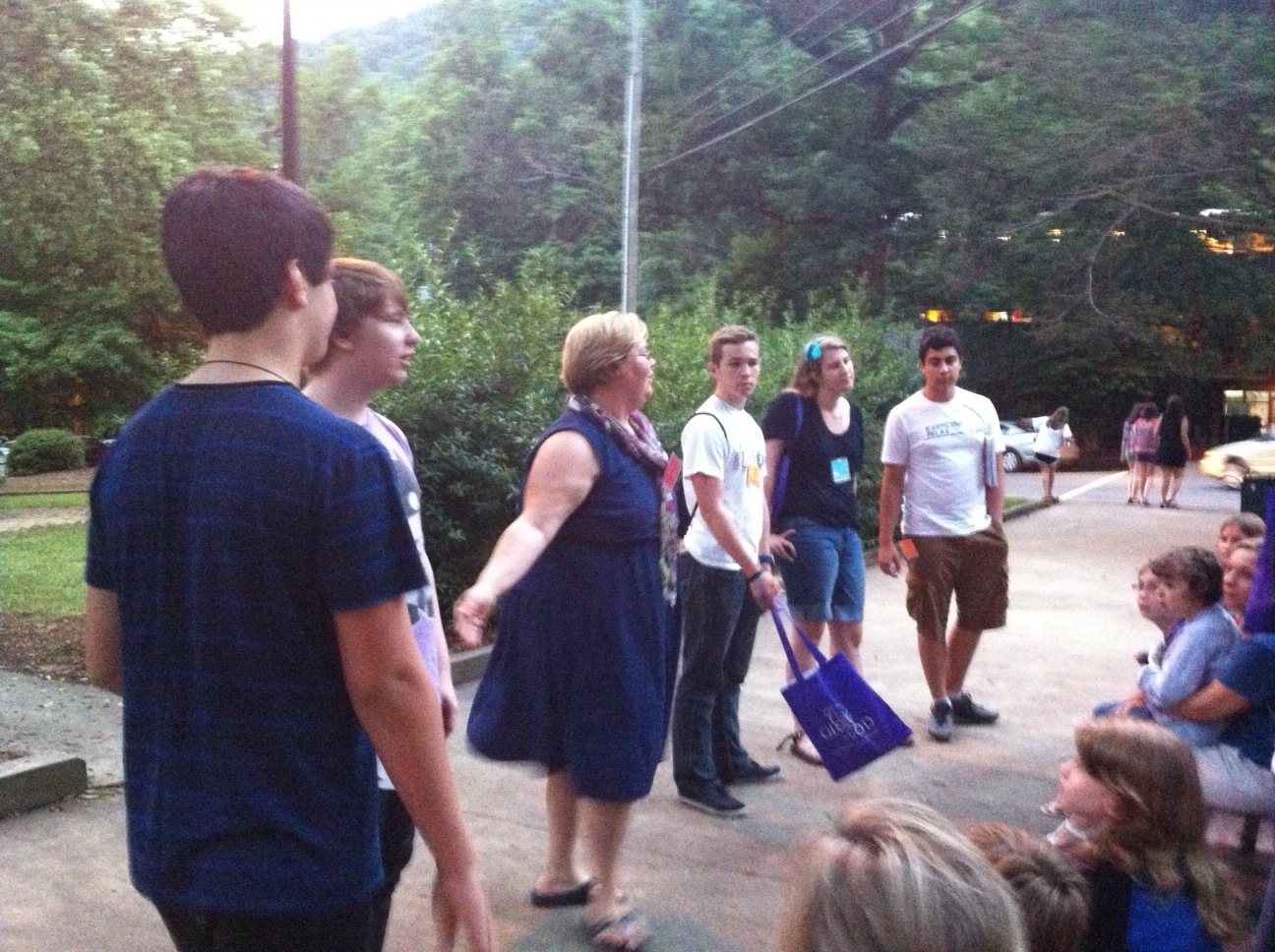 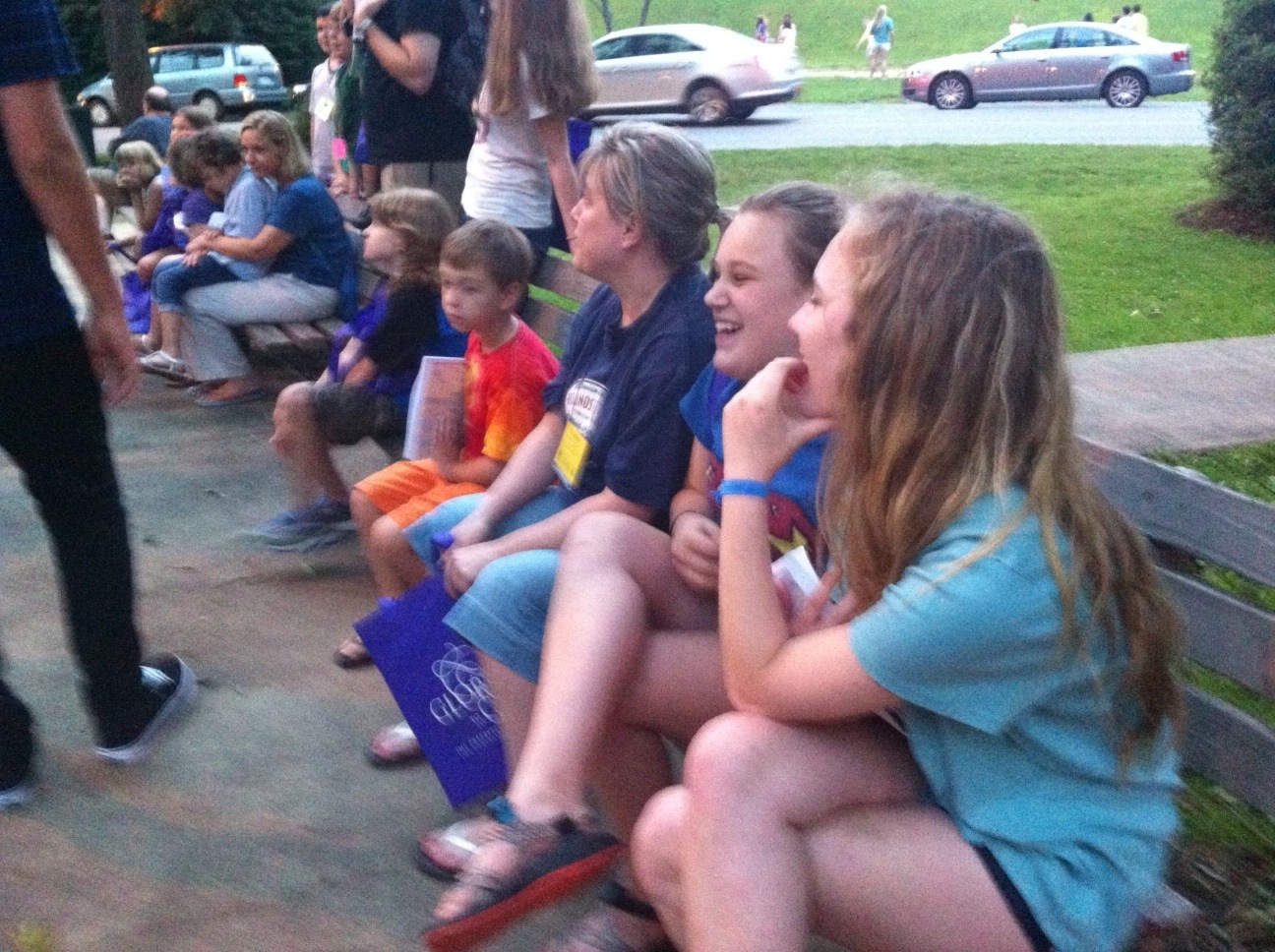 Stayed up late playing rummy with Jonathan, Mary and Elizabeth. Having a spell of adult conversation and fun with other adults with the kids sleeping is very therapeutic. And hey, we listened to a bunch of jazz covers of 1980’s songs. At first it felt just wrong, but then it morphed into pure awesomeness.