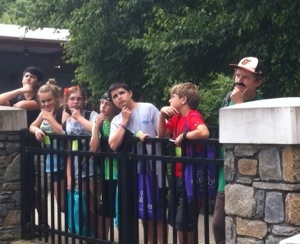 Tonight I will begin with how the day ended. We took the kids to an organ concert in Anderson Auditorium. It had been pouring down rain, so we shuttled them car- and van-load at a time, since we didn’t want them to be washed down the mountain. Now, for the uninitiated, you may think kids would be bored to death at an organ concert. However, you would be wrong! The organist, whose name I haven’t been able to find, did a wonderful job of engaging the audience by telling backstories on all of the pieces he played beforehand. They had a camera trained on him while he played, so we all watched a big screen, and could see all the hand and foot action! He did Variations on “America” (1891) by Charles Ives; several children’s stories (The Tortoise and the Hare: The Race, The Shoemaker and thee Elves: What the Shoemaker Saw; and Rapunzel: What the Prince Saw at the Top of the Hair); Bach’s Prelude and Fugue in A Minor, BWV 543; I Love Thee My Lord by Shearing; and Irish Air from County Derry by Lemare (otherwise called County Derry Air, which if said without the all-important glottal has a totally different meaning).

But the best part of the evening by far is when they played a 1927 silent movie, Chasing Choo Choo on the big screen, and he accompanied on the organ. He encouraged us to cheer for the protagonist, and to boo and hiss when the antagonists were doing their thing. The kids really got into this! The movie was hilarious, with the bad guys chasing the good guys by foot, on horse and buggy, on motorcars, and on trains. At one point they got rid of the bad guys, but they had to figure out how to get off the runaway train! The man uncoupled the caboose from the rest of the train, but accidentally ended up on the main train, leaving his girlfriend on the caboose. Then we see him knocked from the train, rolling down hill really fast. We think it’s over for him, and the woman zooms ahead on the caboose going crazy-fast down the winding path on the mountain. She rounds a corner, and here comes her man, rolling down the mountain above her, and right onto the caboose with her! The kids were absolutely screaming with laughter!! When we got back home, they were gushing to the couple of adults who stayed behind, telling them about the “awesome silent movie we saw”! Whoda thunk it?!

Earlier in the day, the middlers had an hour of free time before their afternoon choir class, so I took them shopping at the general store on campus, where they bought momentos and silly stuff (see picture below of my moustachioed son). I had them pose for a couple of pictures by Lake Susan. I took a similar one a couple of years ago. I’ll see if I can juxtapose them and post that later. 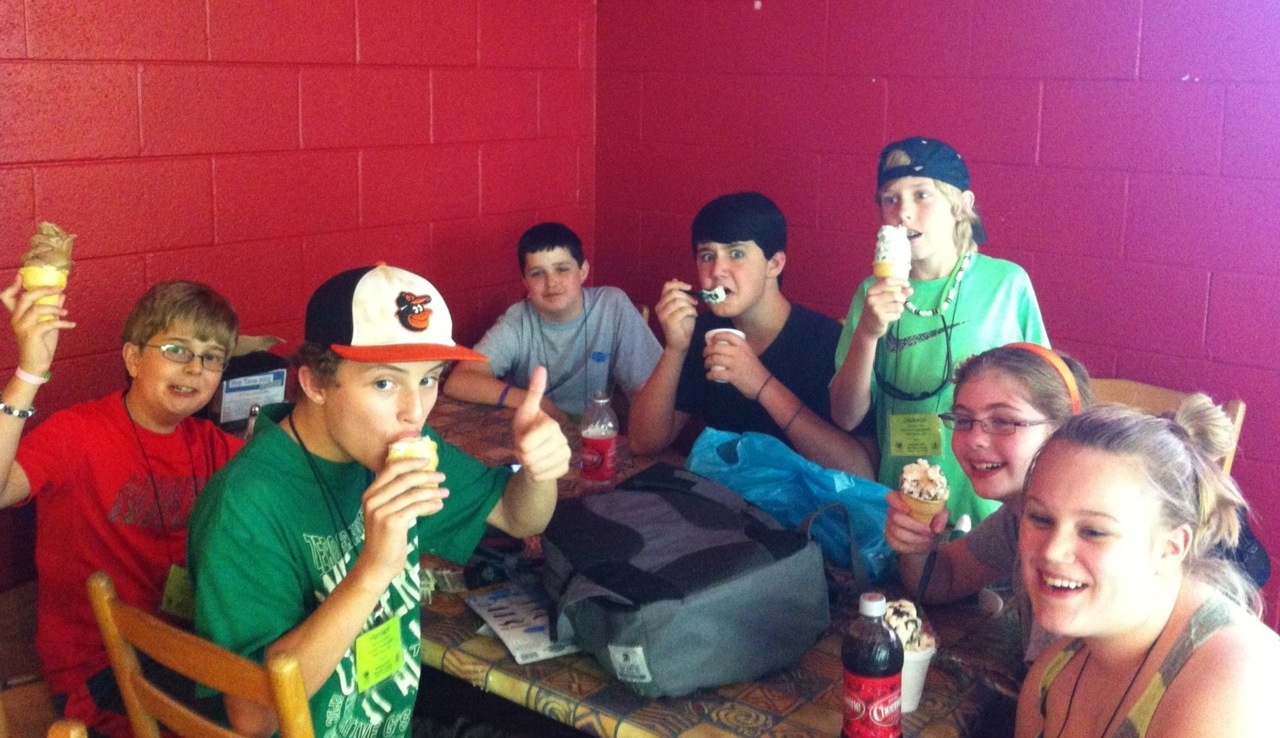 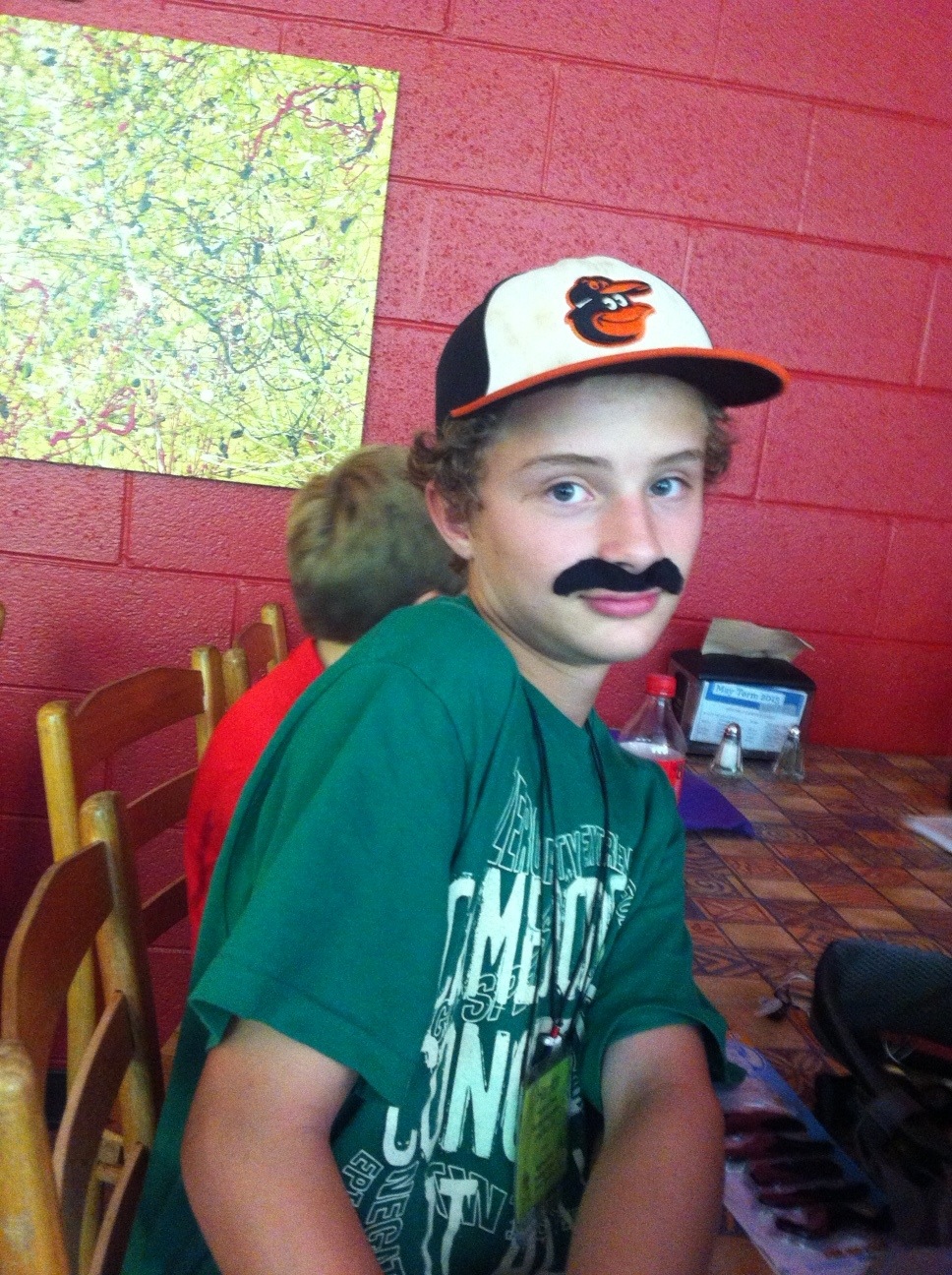 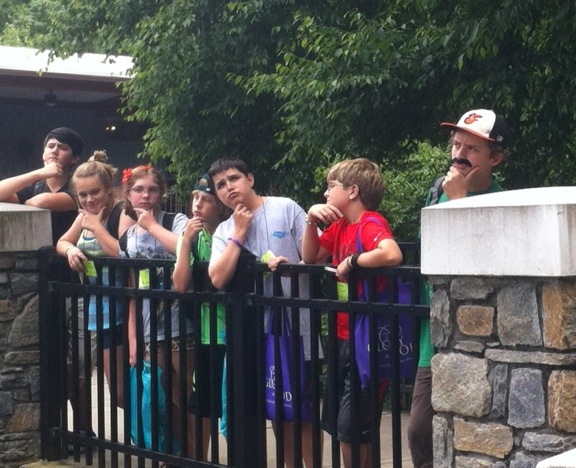 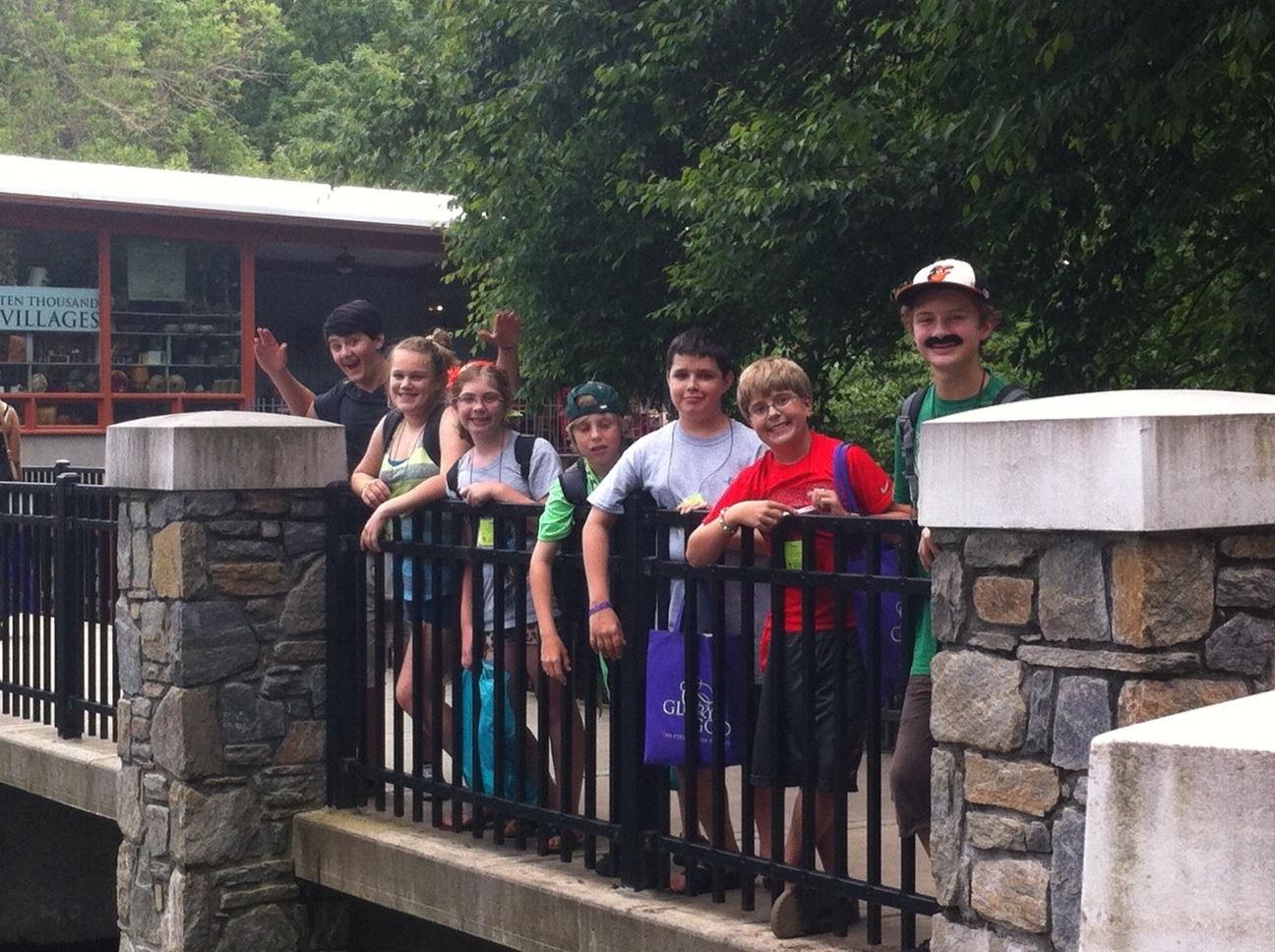 Here are some shots today of the kids at the house, and some in Orff class. 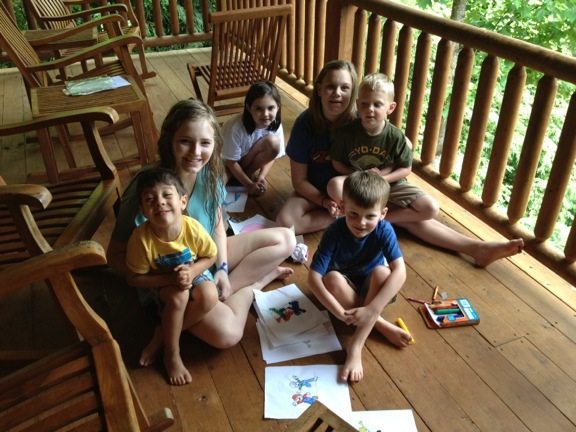 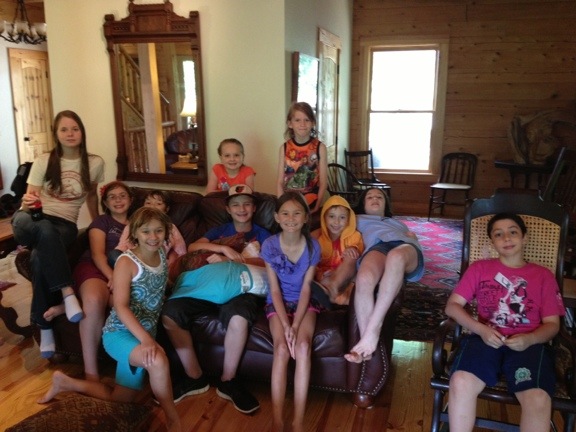 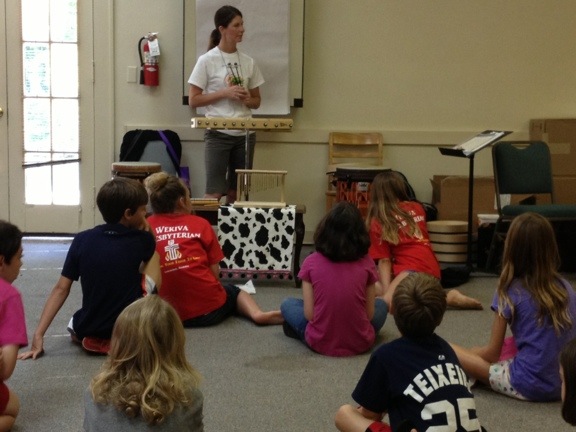 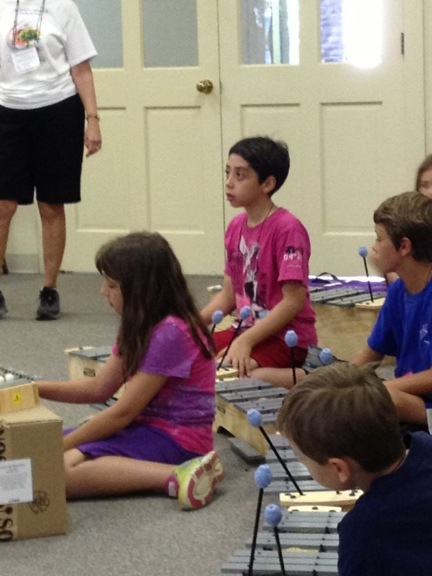 And finally, today was Thea’s ninth birthday. She was funny all day – looking in the kitchen for evidence of a cake. 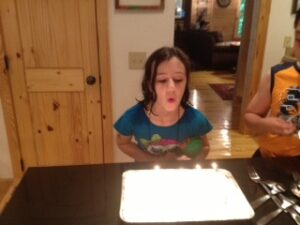 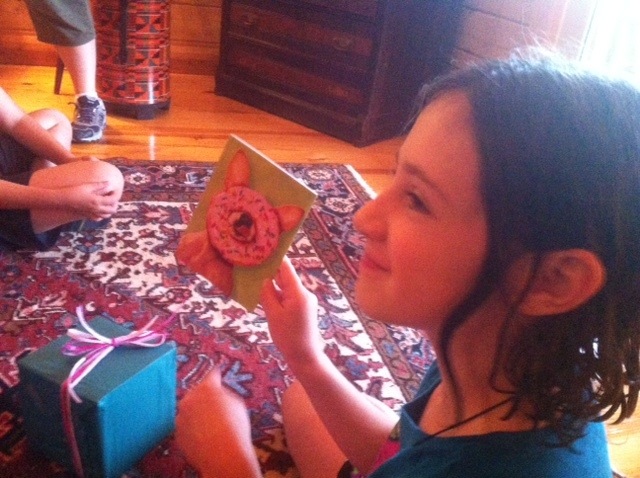 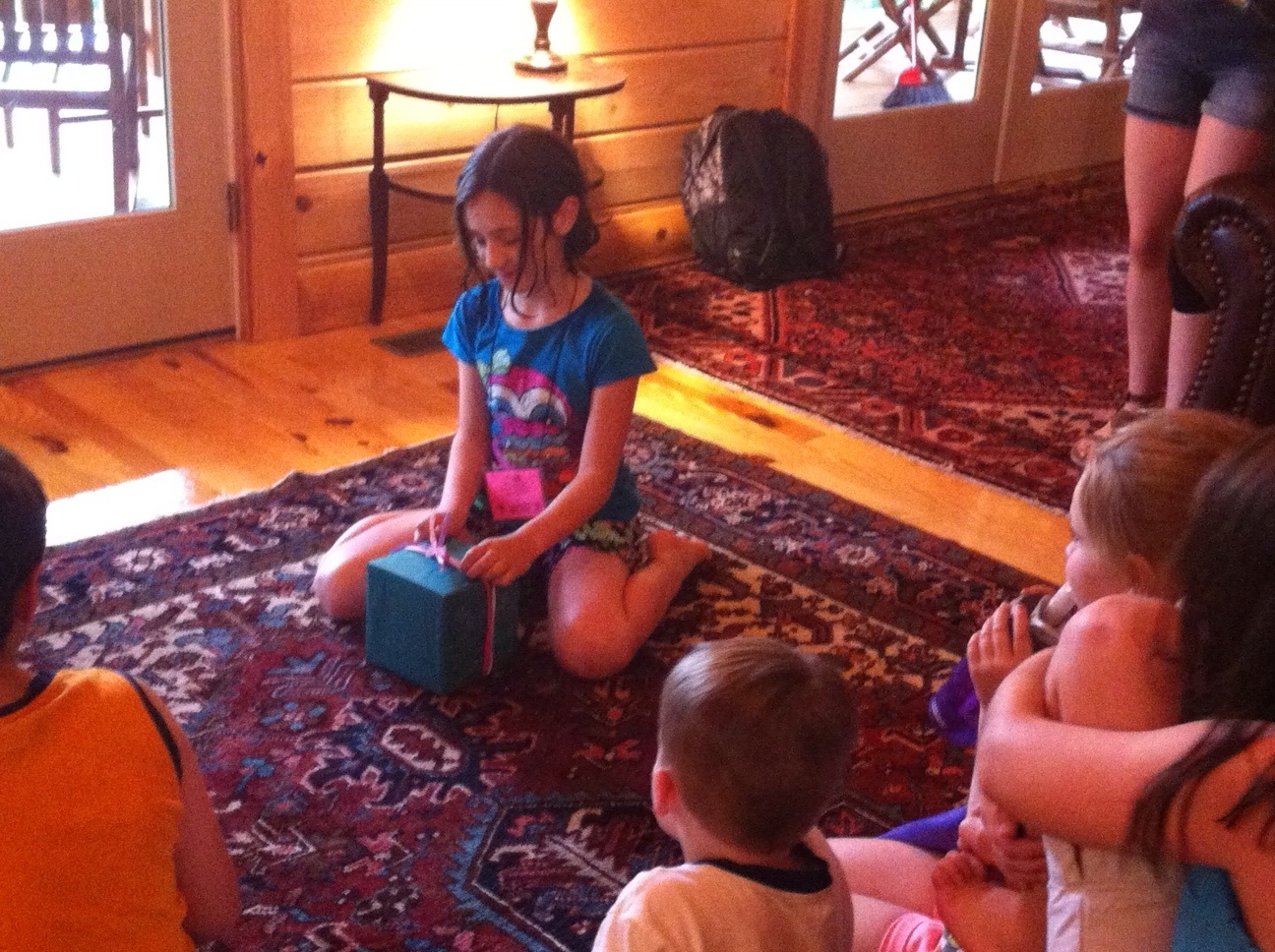 Eren liked his dessert so much, well, he didn’t want to leave a morsel! 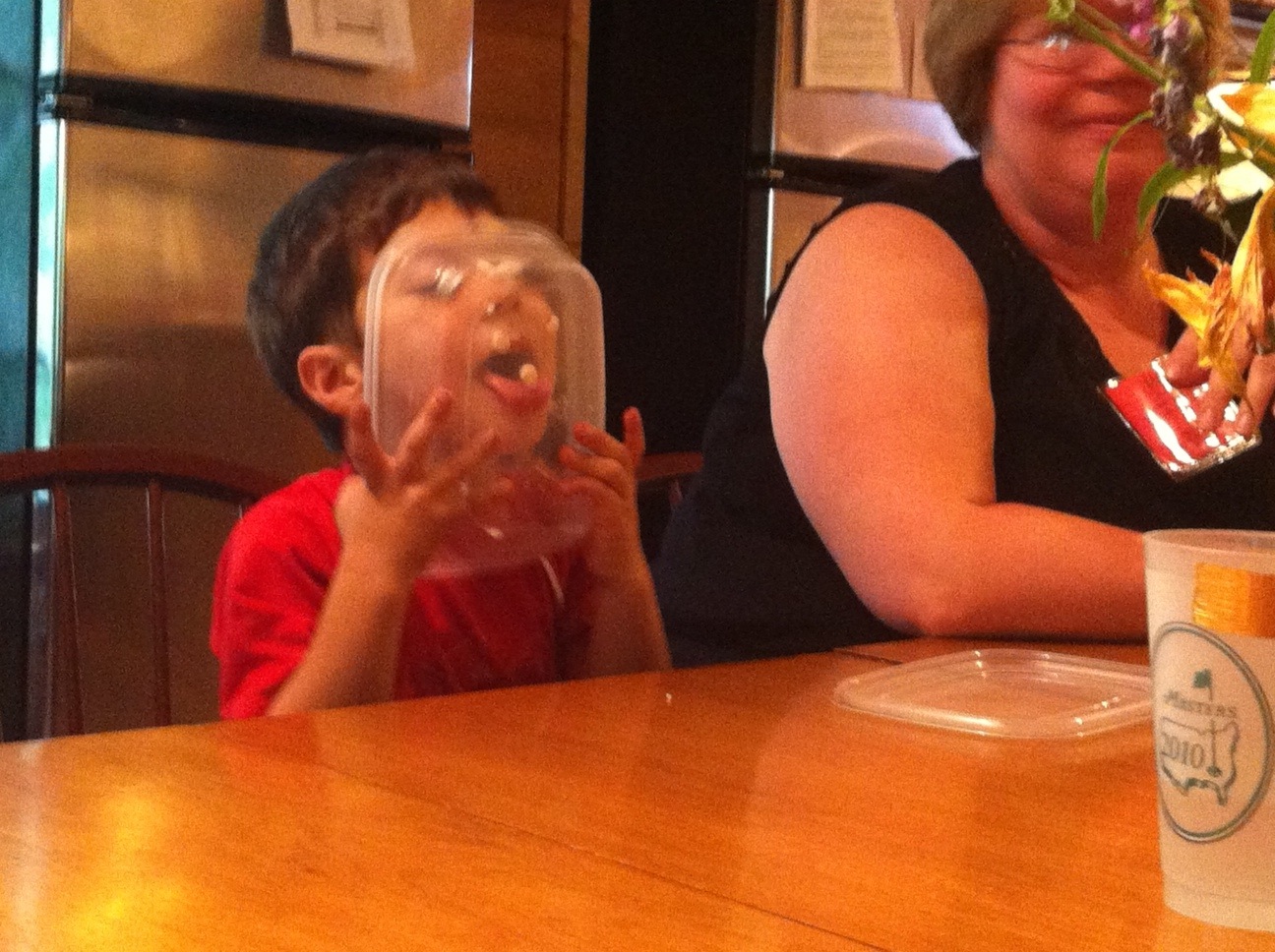 It’s been a very full day, and we’re only 1/5 of the way through the week!