The sermon on Thursday was remarkable, but I’m not going to type out the whole thing again (smile). Here are excerpts:

1912 World Series was the first to be decided in the last inning of the last game. Fred Snodgrass of the NY Giants dropped a routine fly ball. Newspaper called it the $30,000 muff, alluding to the amount of money each player lost due to that dropped ball causing them to lose the World Series. That turned out to be the defining moment of his entire career. He was a good player, and later went on to be a very popular mayor in California. But when he died in 1974, his obit in the New York Times said, Fred Snodgrass, 86, dead. Ball player muffed 1912 fly ball in World Series.

Peter denied Jesus three times, and his denials became one of the defining moments of his whole life. He left his best friend alone in his hour of need. Went back to the only thing he knows – fishing. But he was casting about as always on the wrong side. But just like the Easter story, history turns a different direction when the risen Jesus shows up. There on the beach is Jesus cooking a heart-healthy breakfast, literally one that would fill Peter’s heart.

Most of us spend so much time fishing out of the failure side of the boat. I’ll never get things right. I’ll never move up the ladder, get all the love I need, have friends. I’m a failure. I’m ugly, I’m fat. I don’t have as much talent as that other kid. I’d be happier if I were in a bigger church with maybe a few more resources. My Learning Disability makes me feel like a freak. My church is stuck in the dark ages. No one likes the hymns I choose. We throw the net into those places and pull up emptiness out of ourselves.

I don’t know if this is true for you, but I can hardly go a week before I start to fish on that old side. I start to define myself by things that I did wrong, or my insecurities. Or I start to think I’m less because my neighbor has better stuff. Or everyone elses’ relationship seems so tidy, while mine seems to be a work in progress.

There are probably musicians in this room who went to bed last night thinking about that one mistake, rather than the whole gorgeous piece that God has been playing through you from the day that you were born.

Over and over again, we write headlines about our lives. Loser proves it again. We need the bread of heaven, the cup of salvation, to write a different word on our heart, to catch us in a different way. I love you. I have always loved you, and no matter what, I will never stop loving you, forever and ever and ever. Amen.

Of course, as a singer, this line caught my attention, but it’s for all of us, singer and non-singer alike:

There are probably musicians in this room who went to bed last night thinking about that one mistake, rather than the whole gorgeous piece that God has been playing through you from the day that you were born.

I want to have that on a t-shirt! There was a collective… not a gasp, but a ripple of recognition when he said those words. I don’t know how else to put it. It was a powerful moment. 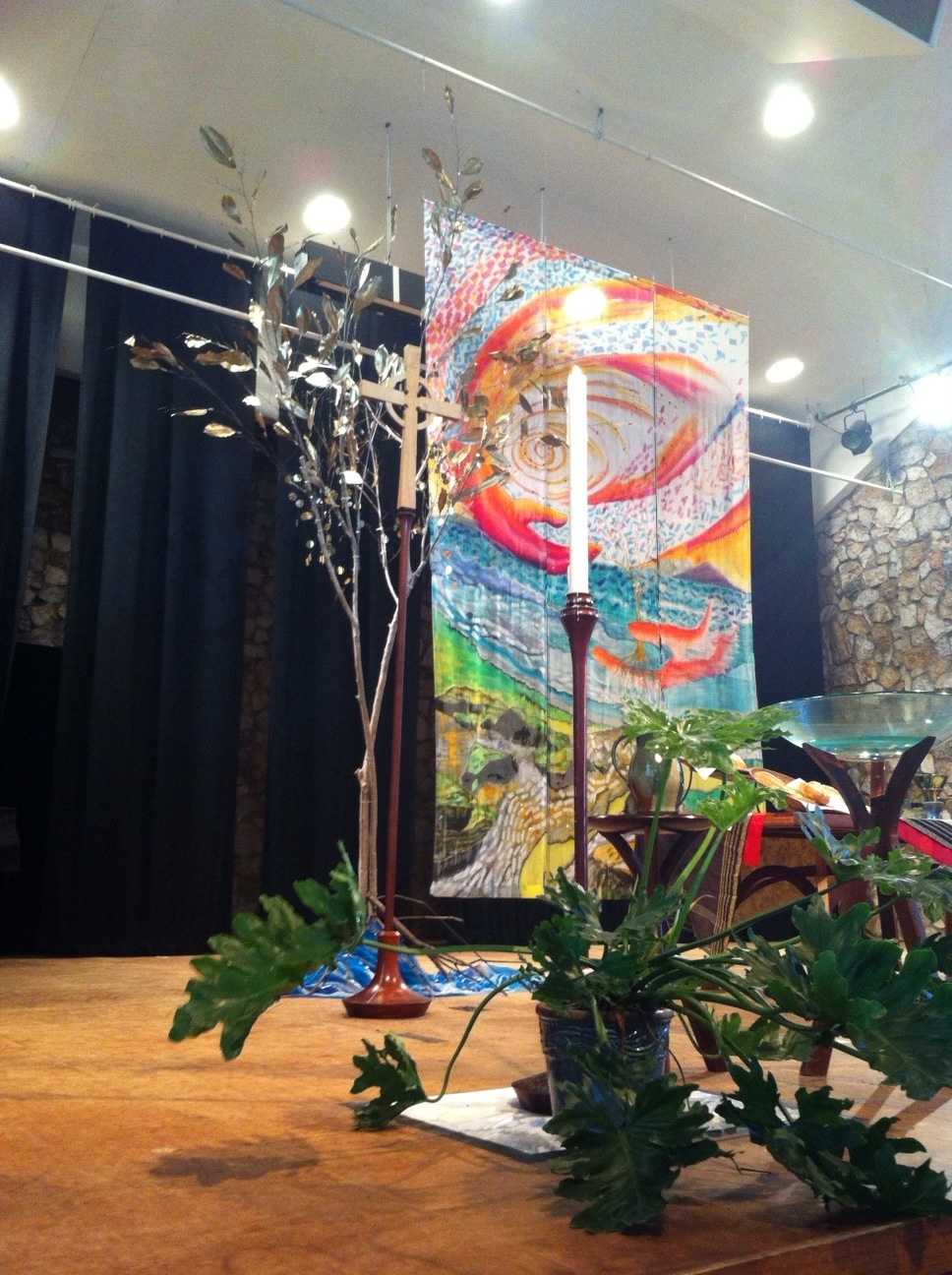