Once again, let me show you some of the scenery around here. Thanks to Marsha and Anne for capturing these images! 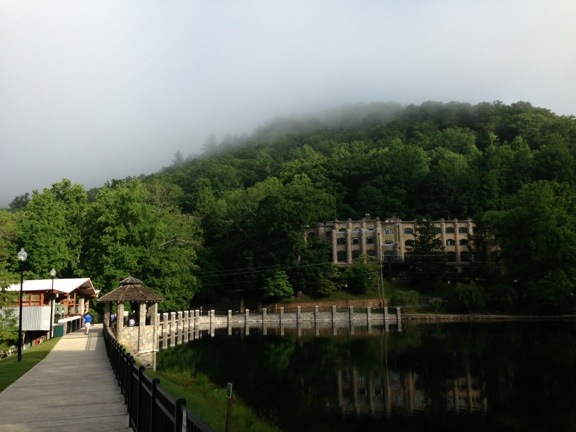 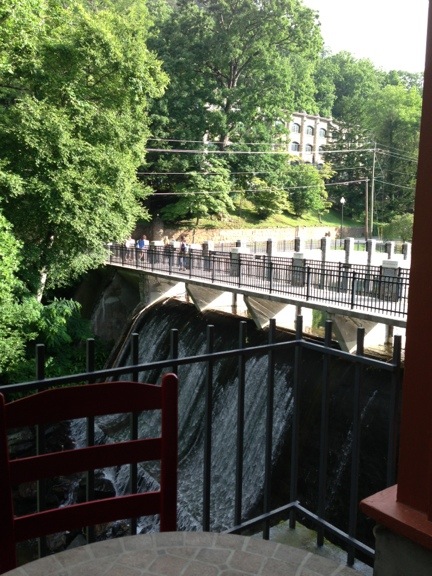 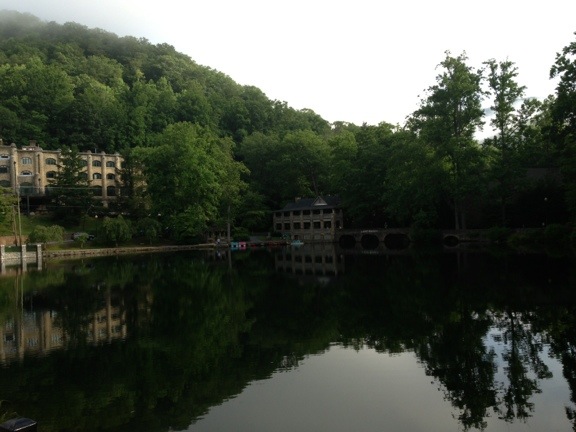 The service this morning was again really good. We like this preacher. He told a story of how after seventeen years of working in Atlanta, he was called to a church in St. Paul, Minnesota. He moved there in the summer, and thought the moderate weather was lovely. He bought a heavy winter coat, heavier than any he had ever had in Atlanta, and when he showed it to a church member, she said, “Ohhhh. That’s a fall coat!” He eagerly waited for the first snowfall. He wanted the snow, a symbol of his new life in Minnesota. Finally it came in December, the second Sunday of Advent. They got ten inches of snow that first day. He had a statue of St. Francis in the front yard, and he was buried up to his neck. It hadn’t dawned on him that he wouldn’t see the grass again for four months. The snow would melt a bit, and then more snow would come, and more snow. By the beginning of May, when it snowed six inches, he reached his breaking point. After all that snow, however, through the winter, he learned something about death and the hope of resurrection that he didn’t know before.

The banner was changed today. It’s actually part of the same banner – they are just hanging it so that a different part is showing. Very clever. 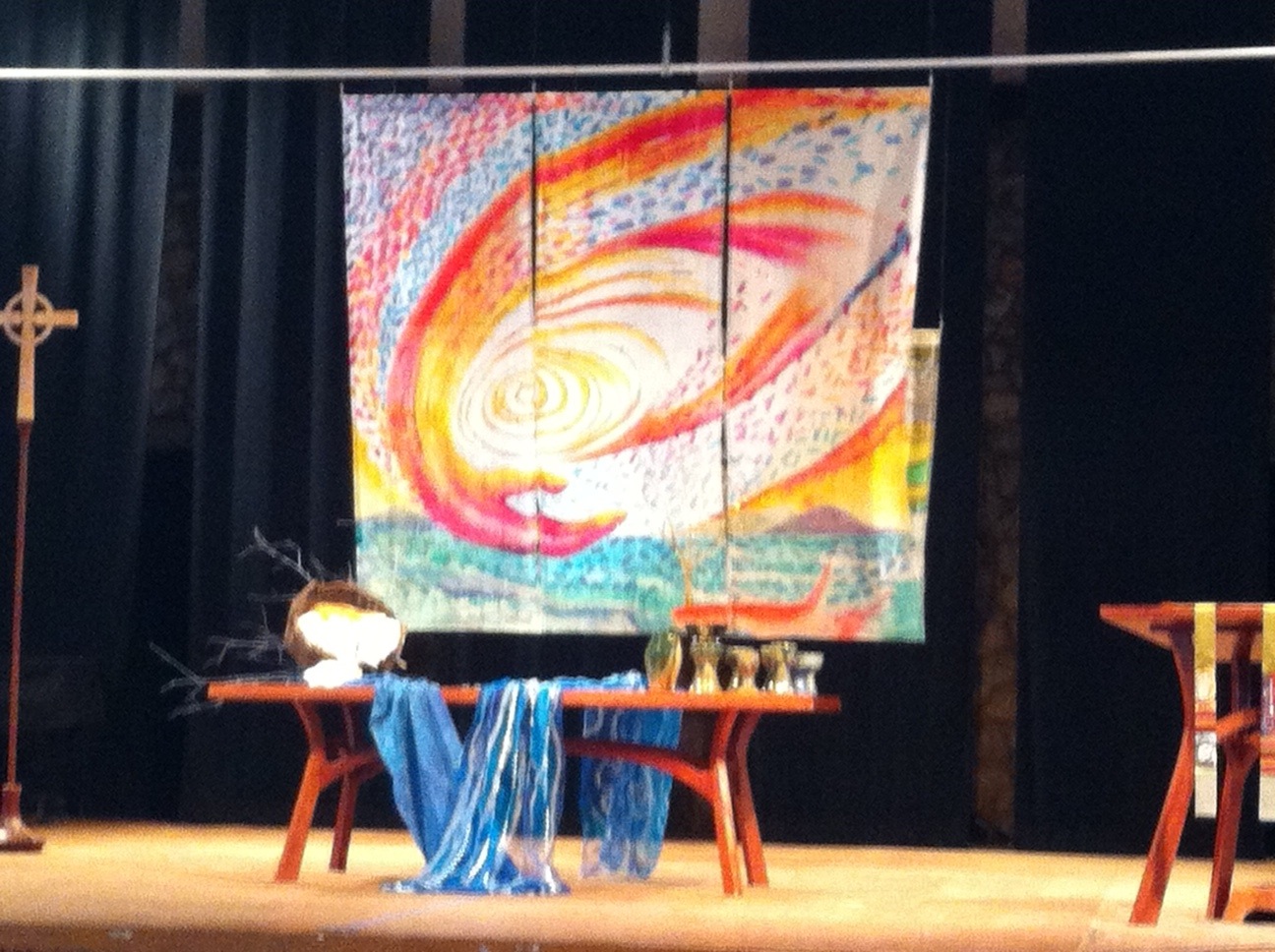 And here are Noah and Bruce ringing at the beginning of the service. 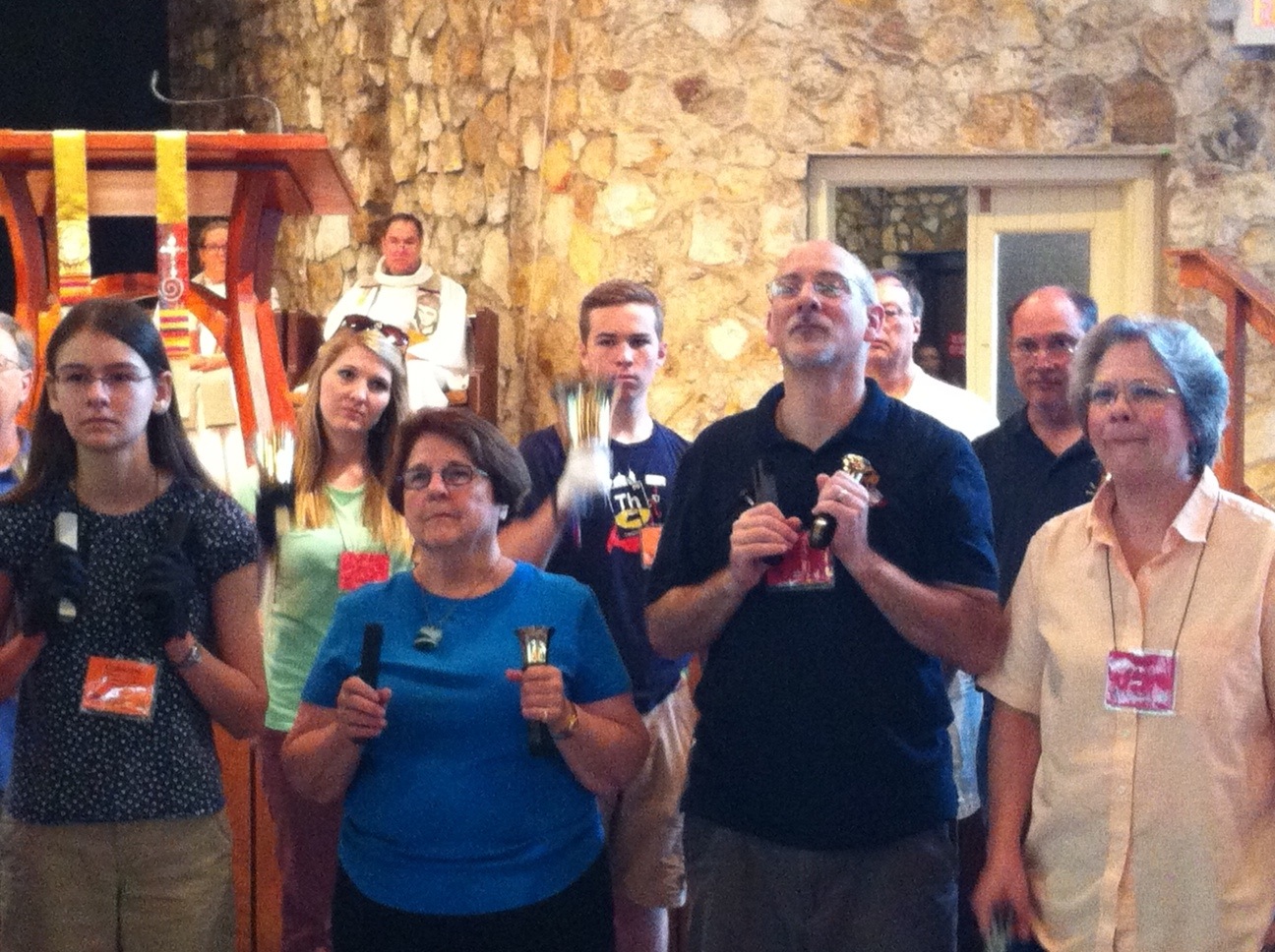 Jonathan and Marsha took the Middlers to The Huckleberry for lunch after worship, and then they spent their free hour at the pool. Fun times! Thanks for the great picture, Jonathan. 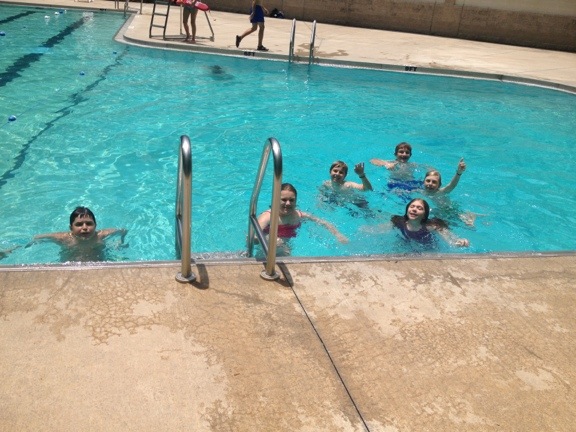 Noah, Tressa and the other senior high kids also went to The Huckleberry for lunch, and got some of their yummy ice cream. 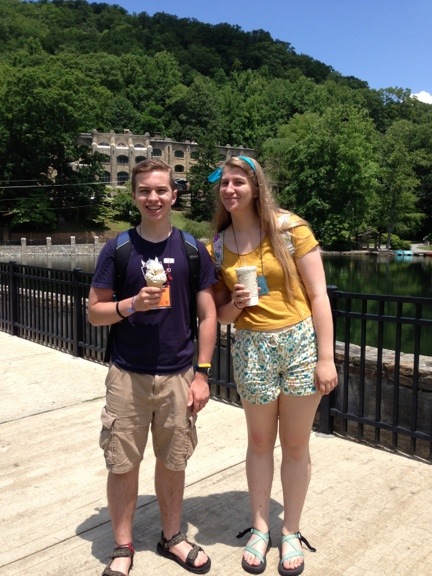 Here are some pictures from classes today. 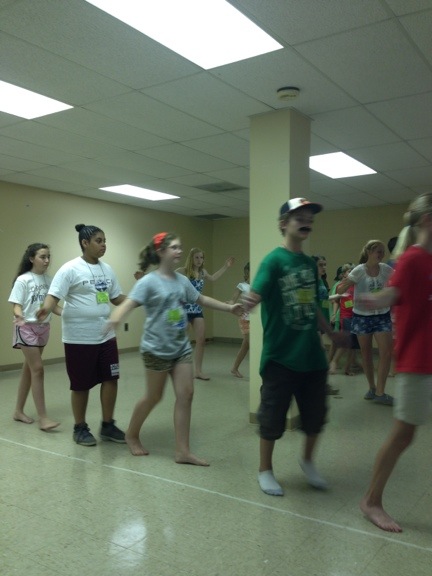 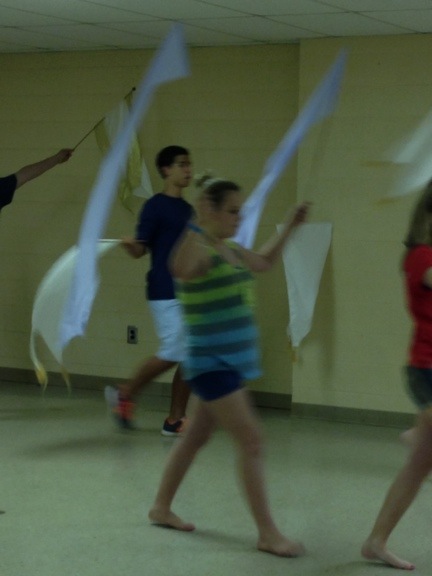 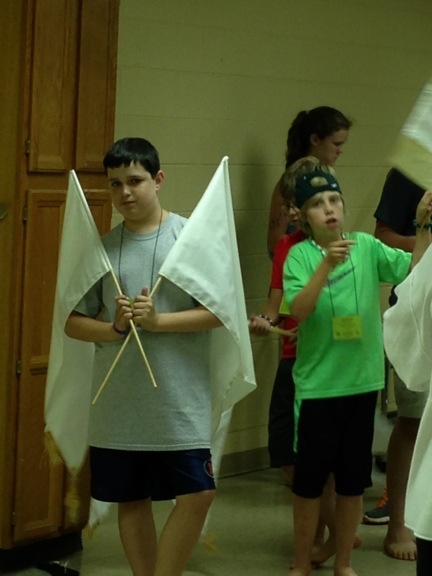 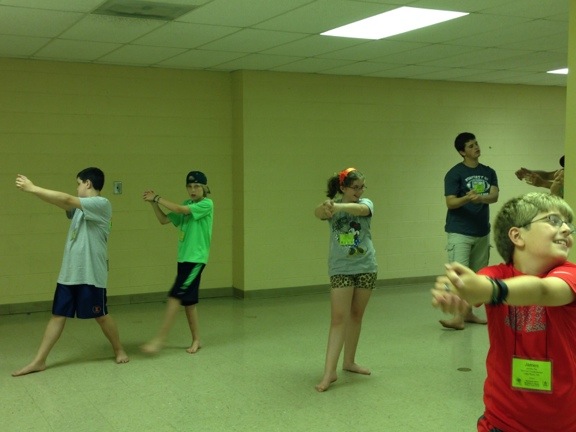 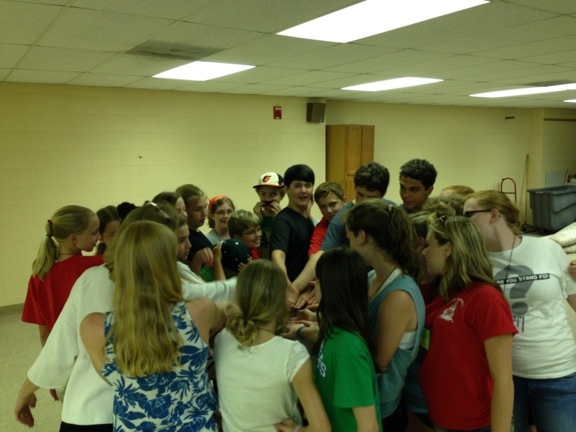 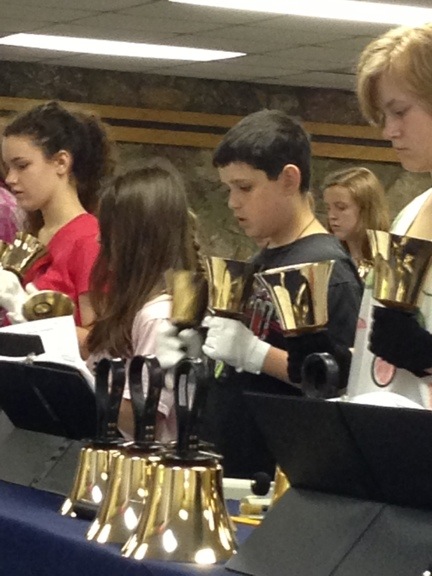 I’m blogging from outside Convocation Hall right now. They have a lovely patio area that is now slightly crowded due to some construction equipment. The view is spectacular, and I have to keep scooting over to stay out of the direct sunlight, but it’s so worth it! It’s been threatening rain, so as soon as it starts, I’ll have to pack up my blogging equipment (iPad and bluetooth keyboard) and run under the awning.

This evening I believe we’re grilling out burgers and hot dogs. You just can’t believe how much food these kids can put away! Amy and Anne have done the bulk of the cooking (which as been awesome!), but Jonathan will do the grilling out. Woot! By the way, all the kids do the kitchen clean-up with some adult supervision, and they’re doing a great job. The children, middlers and senior high kids rotate through, collecting all the dirty dishes, emptying them in the trash, and rinsing and loading the dishwasher, as well as wiping all the tables off. Maybe they’ll go home with some new skillz! :)

Well, no rain so far. Here’s hoping it can hold off for another 10-15 minutes, so the children and I can walk up the mountain without getting too wet!

Random thing, but Jamie just told me when she was little that she thought I didn’t speak English, since she always saw me signing at church. And little Emma said she knew how to sign ‘dance,’ and when I asked to see it, she did this hilarious little dance and cracked us up! Gotta see about posting a short video next!